Every year Keegan Theatre’s Boiler Room Series produces the WOMXN on Fire Festival to celebrate the phenomenal talents of DMV womxn theatre makers. Our goals are simple: to create opportunities for emerging artists, to increase representation onstage, to provoke important conversations, to crank up the artistic heat on new works in progress, and to let loose the creative voices of tomorrow’s theatre.

Your name could be listed here!
You can help bring light to this important initiative through a tax-deductible contribution to Keegan Theatre’s Boiler Room Series (including the WOMXN on Fire Festival). Sponsorships include special insider perks like access to our sponsor lounge, acknowledgment in the lobby, playbill, and on the website, exclusive meet-and-greets with the artists, and complimentary tickets and concessions items.

Visit our Donate page and select “New Works” as your fund to support the Boiler Room Series and the WOMXN on Fire Festival. Sponsorship deadline: February 24, 2020

Burnin’ down the patriarchy – one song at a time. The Fire & Spice Band and 10 womxn-identifying cabaret artists ignite the 2020 WOMXN on Fire Festival by singing pieces originally written for, or famously performed by men. Re-appropriation never smoldered so good!

Show info: 90 minutes, no intermission. Followed by a champagne toast with the full company of the 2020 WOMXN on Fire Festival.

THE ELEPHANT IN THE ROOM
written and performed by Priyanka Shetty
directed by Theresa M. Davis

Unapologetically Indian, THE ELEPHANT IN THE ROOM is a tumultuous ride through seemingly immiscible cultures, love and loss, issues of race, and the desperation that comes with not fitting in. This one-woman play navigates playwright Priyanka Shetty’s transition from her deeply embedded roots in India to finding context and common ground in America.

LITTLE WARS is the story of two ambitious women at an advertising agency who have twenty-four hours to pitch and win a marquee client in order to save their jobs and the agency. As they attempt to develop a campaign for the largest women’s shapewear company, they find themselves absorbed in conflicts of power, feminism, sexuality, and commerce.

FIRST CHAIR
by Jean Koppen
directed by Nicole Maneffa
featuring Julieta Gozalo and Douglas Sebamala
Ben and Leslie are both orchestra first chairs, but their lives are far from equal.

KWON
by Rebecca Dzida
directed by Simone Montague
featuring Katy Risotto and Kourtney Richards
Moms Shayne and Catherine watch their eight-year-old daughters spar each other in a taekwondo match, but the real fight is between them on the sidelines.

THE HOLIEST OF SACRAMENTS
by Patricia Connelly
directed by Lynn Sharp-Spears
featuring Aidan Hughes and Scarlett Mackenna
Seven-year-old Molly Marie Fitzgerald is last in line to make her first confession. What will she say?

BULL’S EYE
by Shanta Parasuraman
directed by Katie Ciszek
featuring Stephanie Wilson and Gabby Wolfe
Camila and Mia are co-workers and friends, but Camila has feelings for Mia, and is unsure whether the attraction is mutual.

THERE IS NO HOPE IN THE CITY OF CHAOS
by Elizabeth Ung
directed by Paige Washington
featuring Sophia Colon Roosevelt, Natasha-lee Loyola Otero, and Whitley Cargill
In the not-so-distant apocalyptic future, sibling morals clash in the fight to survive a harsh world.

STICKS AND STONES
by Linda Bard
directed by Lisa Hodsoll
featuring Lily Warner, Chris Rios, and Paz Lopez
A bad review sends an actor over the ledge, but it’s places in 10!

AETHER
by Lilian Oben
directed by Temidayo Amay
featuring Bryanda Minix and Skye Ellis
Two beings. A life cycle. How much do we really know, and does it really matter? The answer is out there. Isn’t it?

FREEDOM COMES
by Billie Krishawn
directed by Goldie Patrick
featuring Patricia Dugueye and Preshona Ghose
Su is a feisty sixty-eight year old woman who meets her match in her young caretaker Daise who is no longer satisfied with just listening to Su’s stories.

PIGEON TRAP
by Ruthie Rado
directed by Momo Nakamura
featuring Shubhangi Kuchibhotla, Jasmine Brooks, and Andrew Teye
Everyone told Giselle her dream was crazy. But she’s gonna do it. She’s gonna catch a pigeon with her bare hands.

The Boiler Room Series at Keegan, named after the old boiler room of the pre-renovation Keegan Theatre, is a bold programming initiative that focuses on the development of new works and the producing of unique performances.  The name speaks to the two-part mission: crank up the artistic heat on new works in progress and let loose the creative voices of tomorrow’s theatre. LEARN MORE 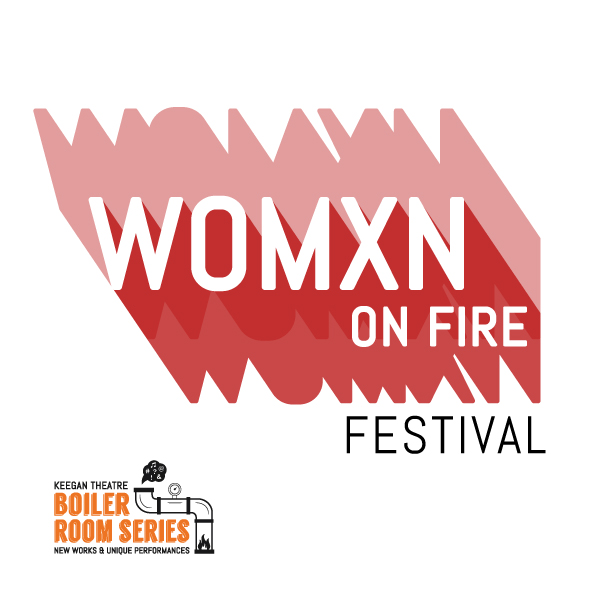