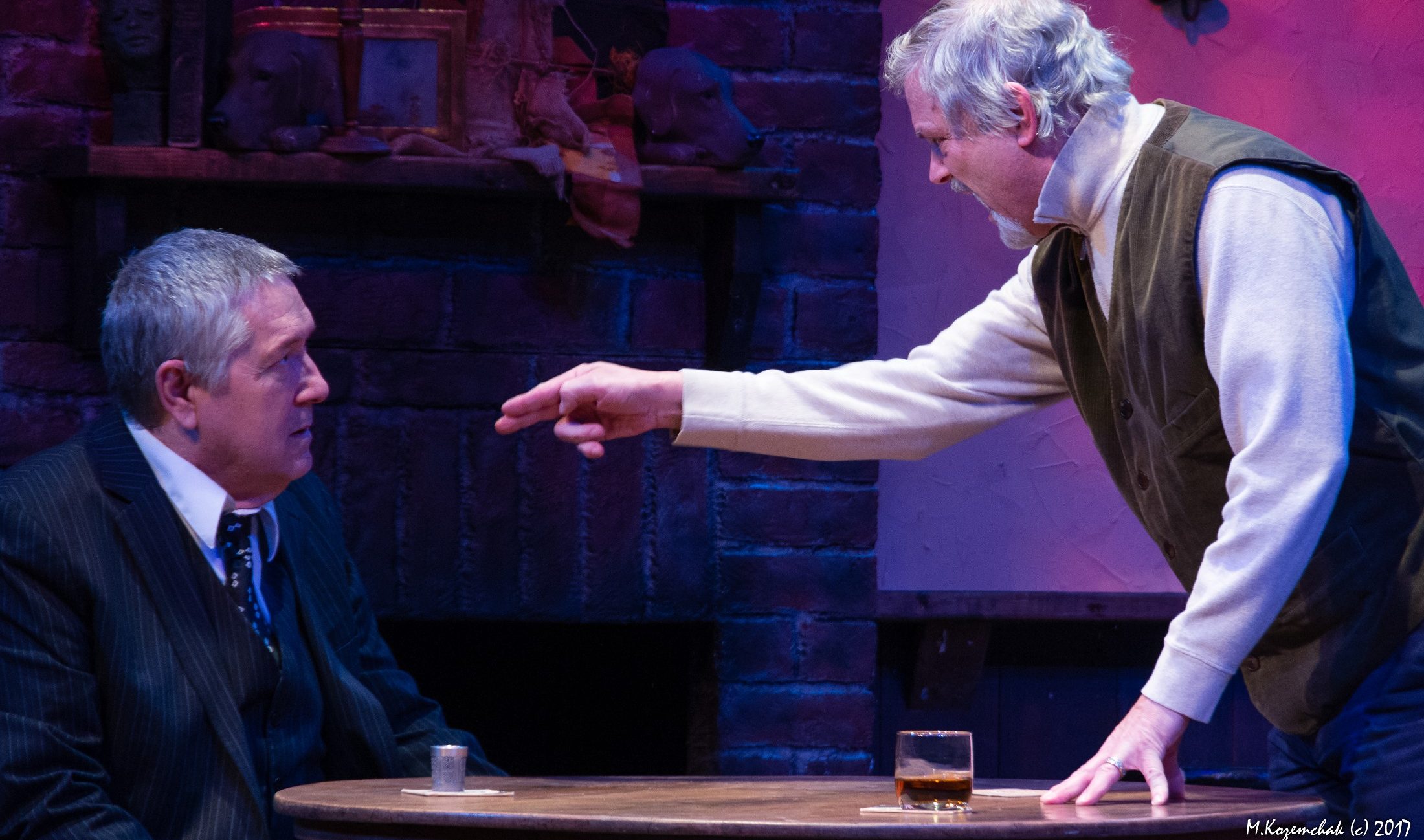 It’s not exactly clear what fluids sustained the original Ebenezer Scrooge on his late-night tour, but Dublin native Matthew J. Keenan is pretty darned sure what would fuel the old cuss in Ireland today. The beers and the Jamesons flow like water in his seasonal offering, An Irish Carol, a hardened, touching, hilarious tour of a Christmas Eve in a run-down pub in Ireland’s capital.

Kevin Adams, as the volatile pub owner David, is pitch-perfect with his comic delivery and his show-stopping rants. One minute he swears he’ll tear you to pieces, his words as sharp as blades, only to have you laughing your tail off because, after all, his David is just a barker, no bite to speak of these days. The comic timing, particularly for his cranky, monosyllabic retorts to well-wishers, is well worth the ticket.

As seasonal offerings go, An Irish Carol is perfect for those who love the narrative arc of Dickens’ original, and who could use the spiritual uplift, but who are sick to death of Marleys in chains, let alone all those cheery Fezziwigs. Down-to-earth, but with heart, it shines to remind us that there is often decency hiding behind the most gruff of exteriors.