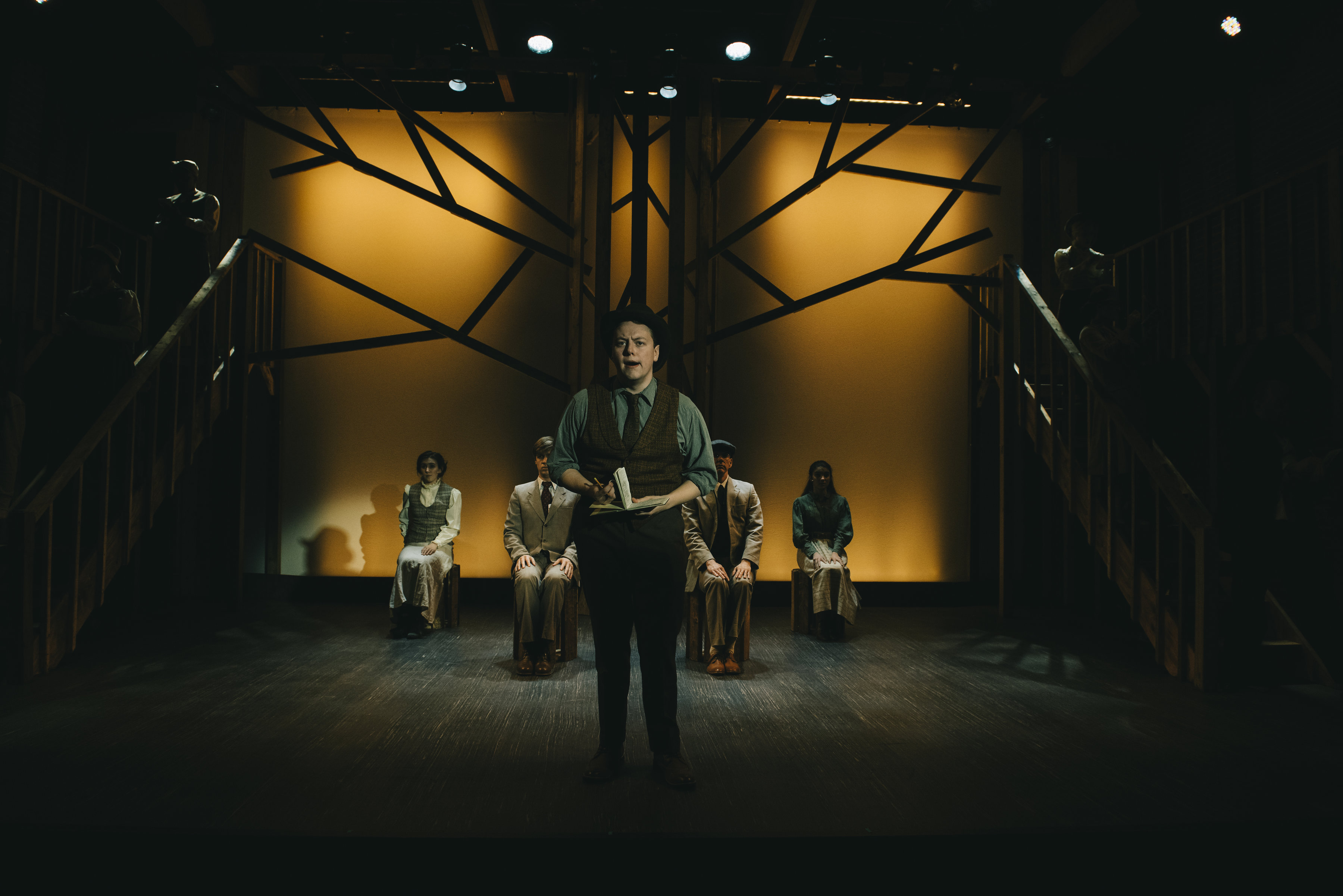 An intriguing musical piece of consequential historical value, Keegan Theatre’s production of the Award-winning musical Parade is unapologetically dark and honest. Based on actual events, the musical follows the struggles of Leo Frank (played by Michael Innocenti), a Jewish factory superintendent who was convicted of a crime he did not commit, and his relationship with his wife Lucille Frank (played by Eleanor J. Todd). Directed by Christina A. Coakley and Susan Marie Rhea for Keegan Theatre’s 20th anniversary season, The Keegan Theatre’s riveting Parade is a production that should not be missed.