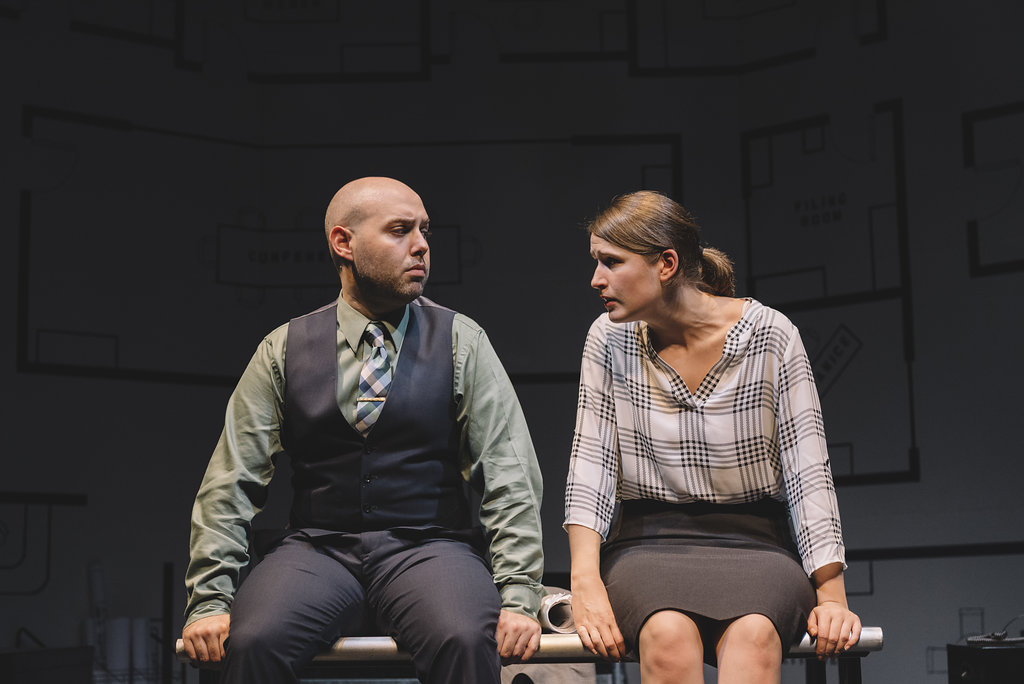 Howl Round: What We’re Up Against

Tucked away on a quiet street in Dupont Circle, Washington’s Keegan Theatre is easy to miss. Keegan produces classic and contemporary plays and musicals that, in the company’s own words, “put people out there on the stark edges of life”—works, in short, that “explore the human condition.” Keegan manages to offer tickets at affordable prices while creating productions on a par with any in the city.  In spite of its low profile. Keegan has been producing quality work for decades, as well as touring work around Ireland and hosting Irish companies.  And Keegan has not played it safe. The theatre has been making bold choices, producing dozens of world, American, and DC-area premieres.  Keegan recently opened its twentieth season with a delightful production of a play that hits close to home in Washington these days, staging the regional premiere of Theresa Rebeck’s What We’re Up Against.  … Susan Marie Rhea (who, along with her husband, Mark A. Rhea, heads the Keegan) deftly directs. She keeps the pace quick, maximizes the humor, and foregrounds Eliza’s strength.

…The Keegan Theatre is a newly comfortable space, following renovations that closed the theatre until last year. Formerly called the Church Street Theater, the Keegan Theatre managed to buy the building in 2013 and redesigned the 120-seat space to improve the layout.  It had been years since I’d set foot in the theatre, having been lured away by so many other good choices in the DC area. That’s a choice I regret, and one I won’t make again.