From Gumbo to Mumbo 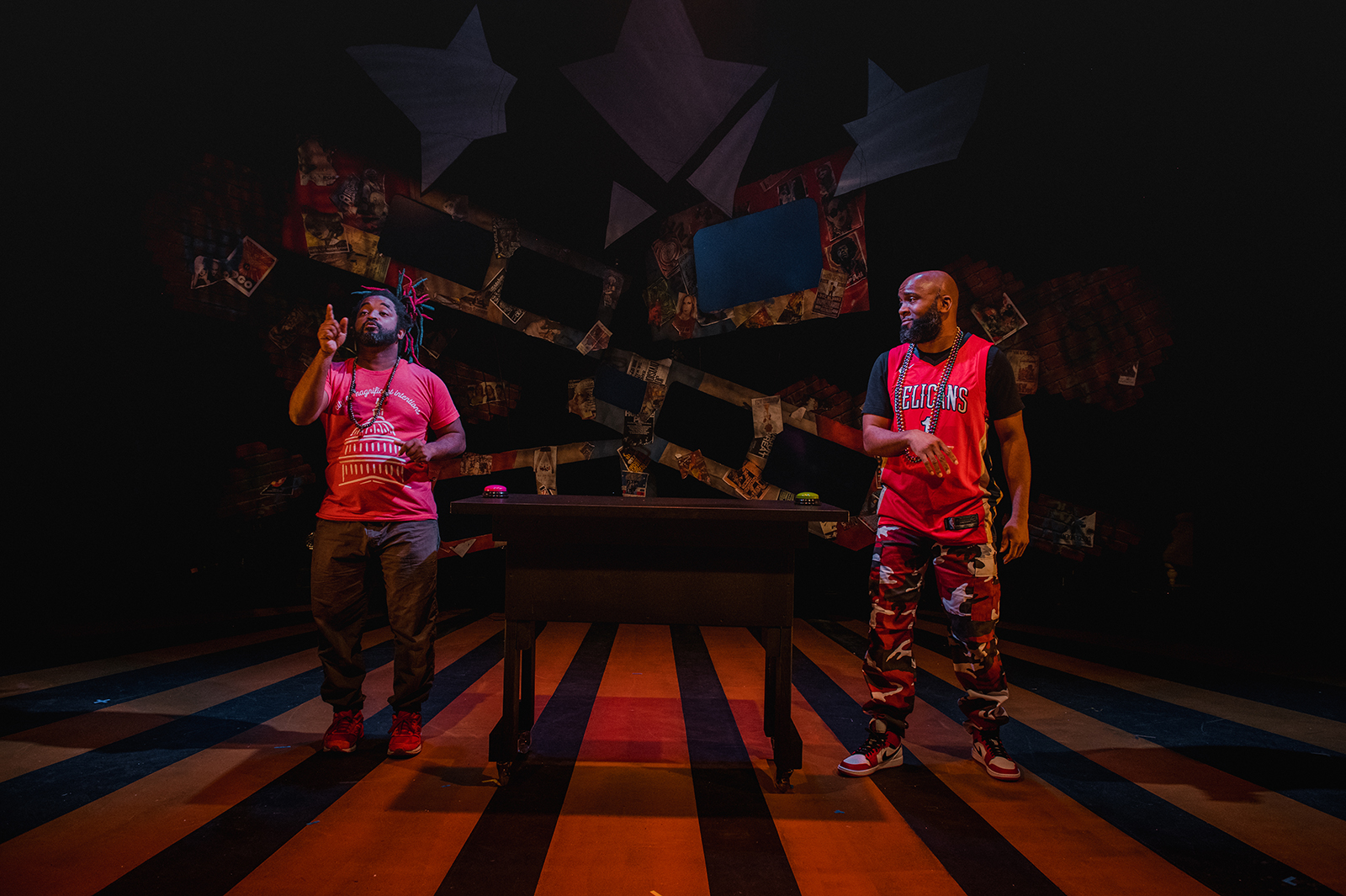 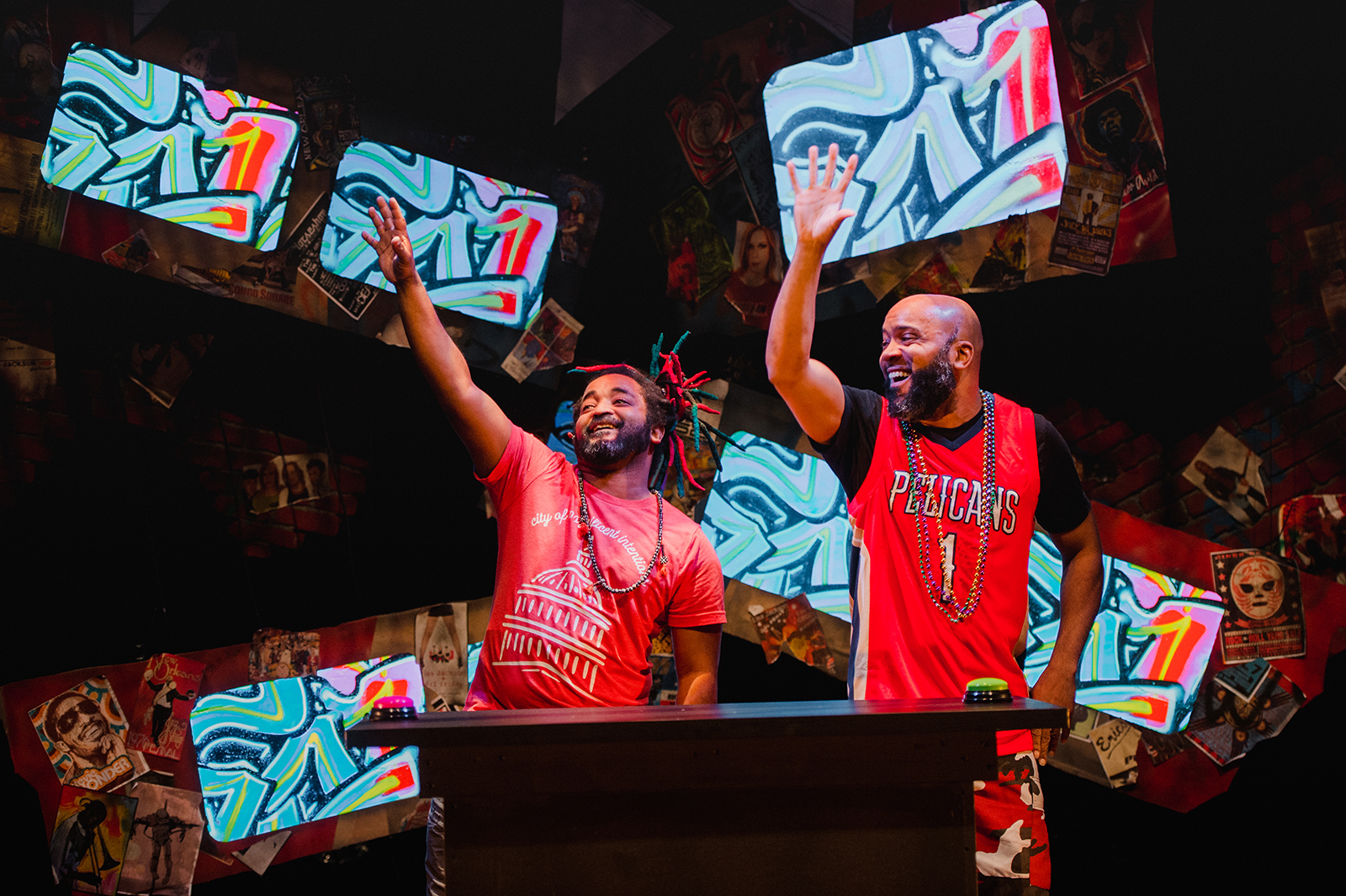 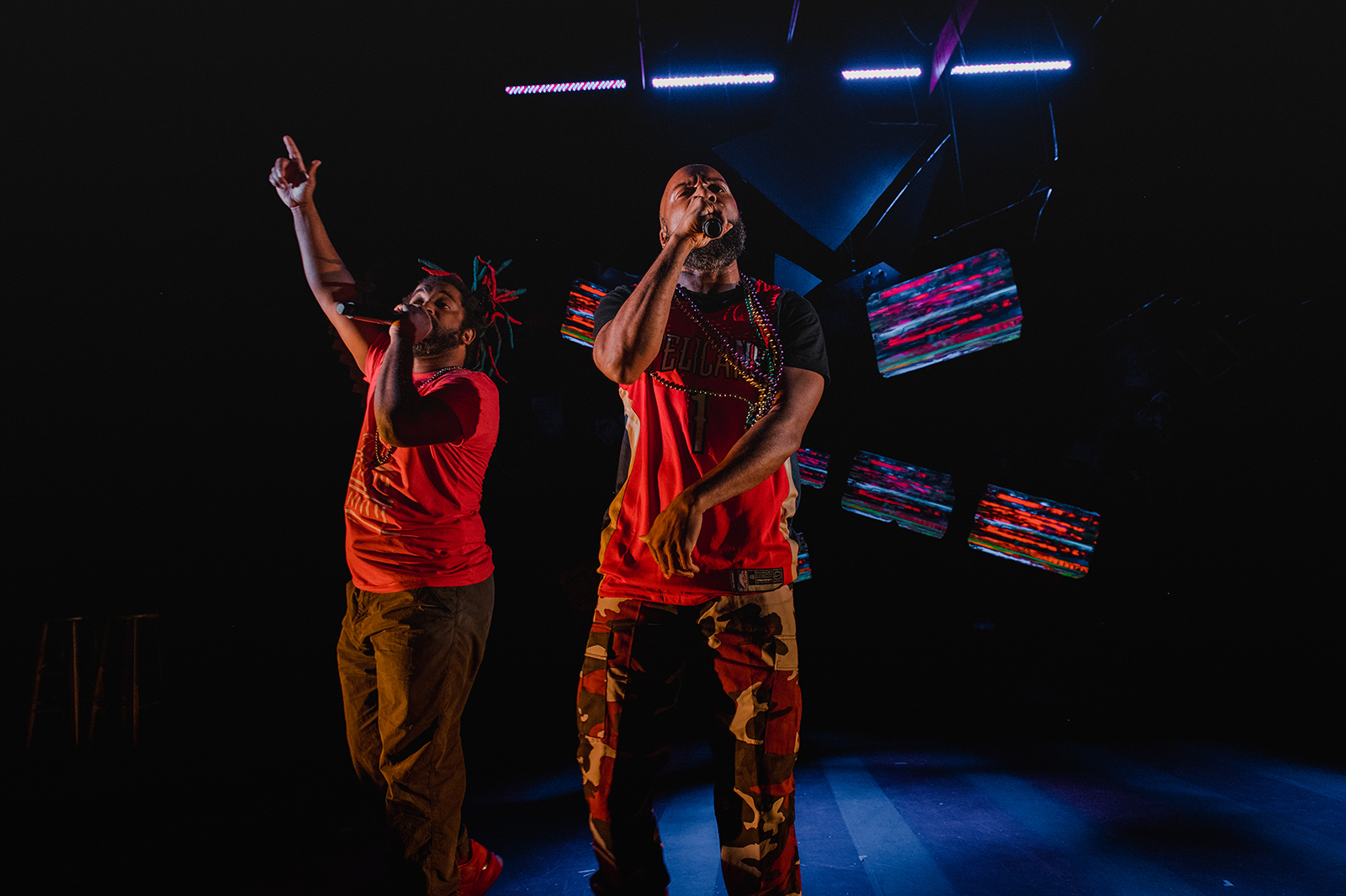 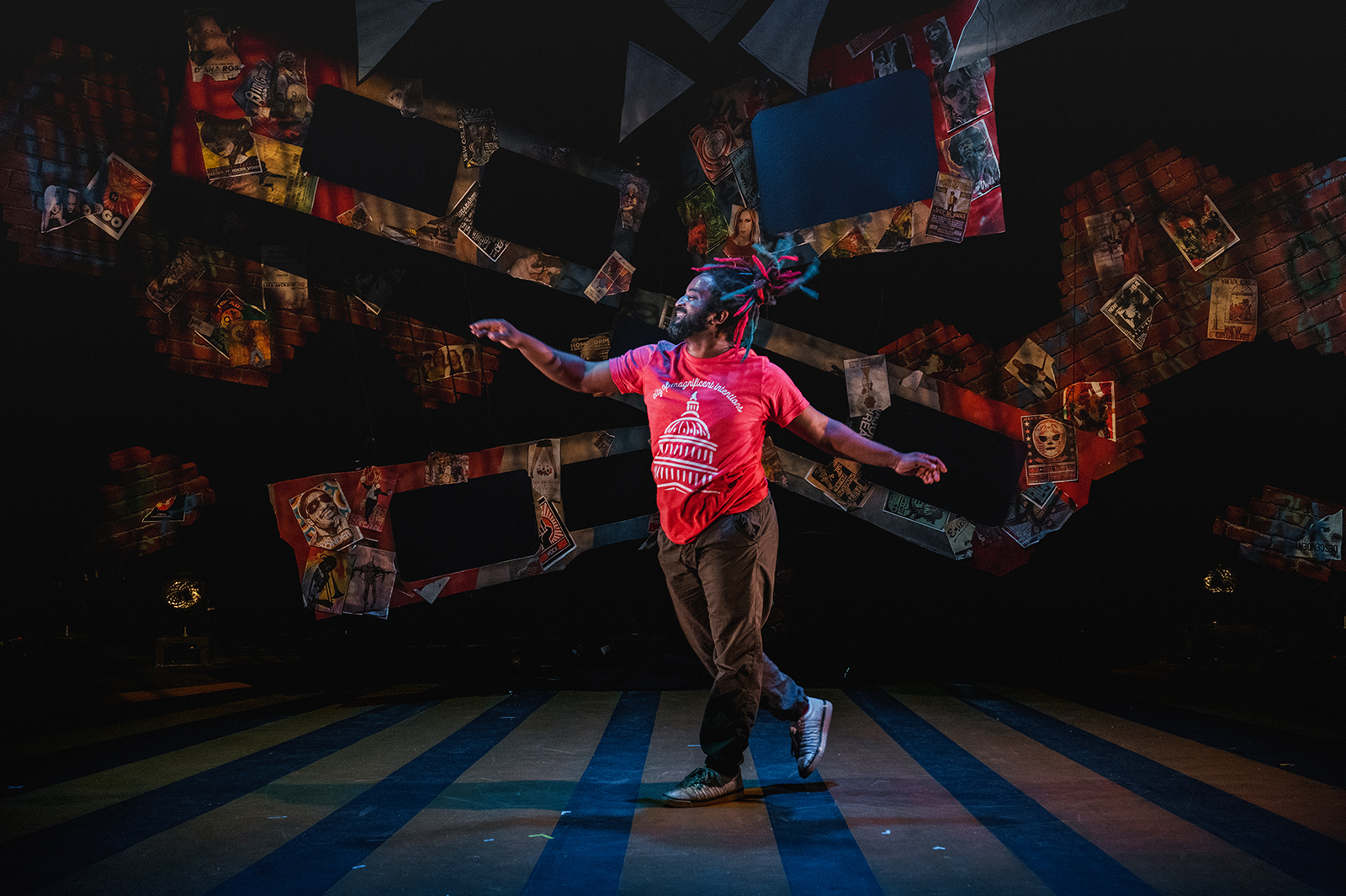 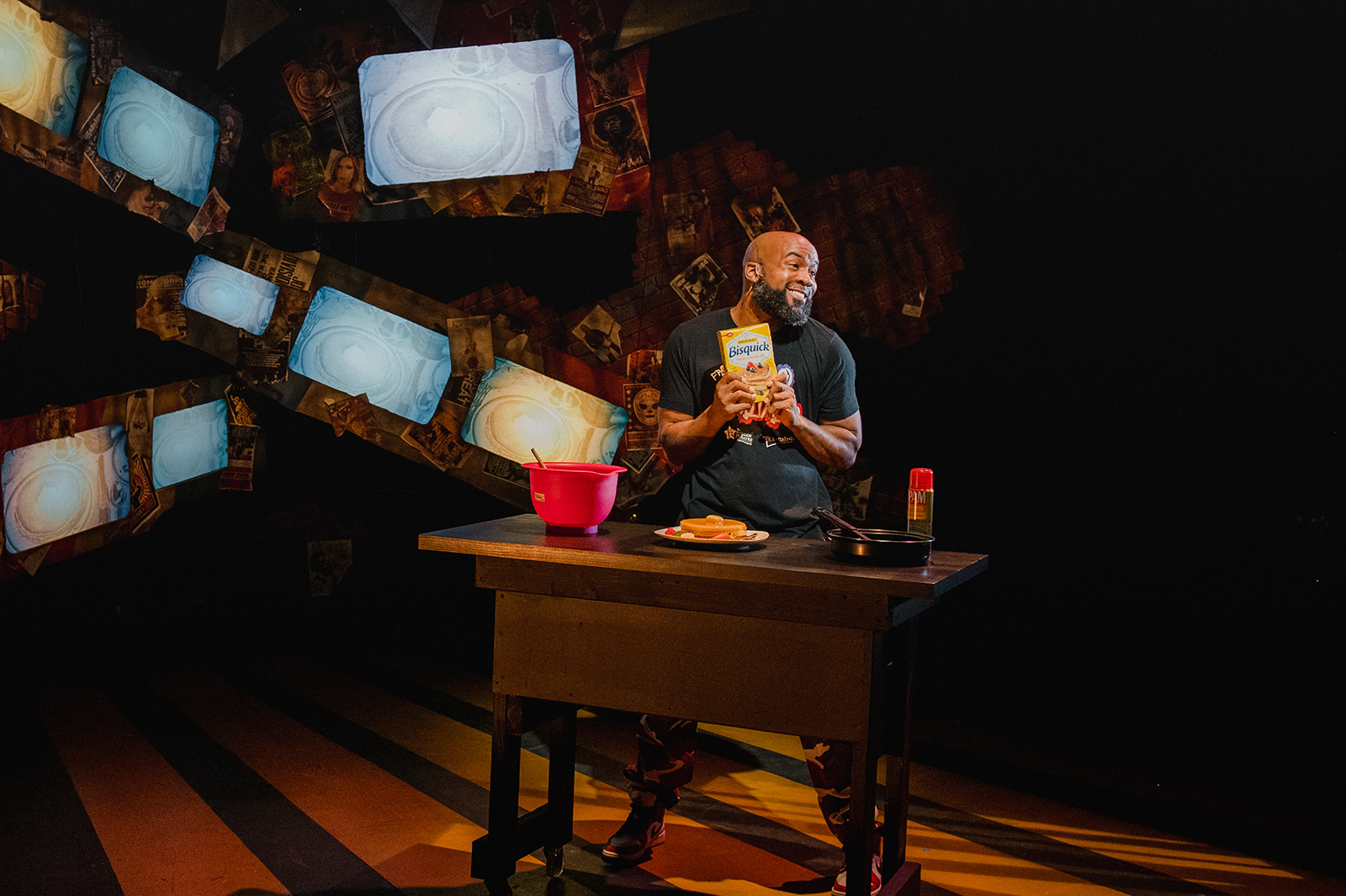 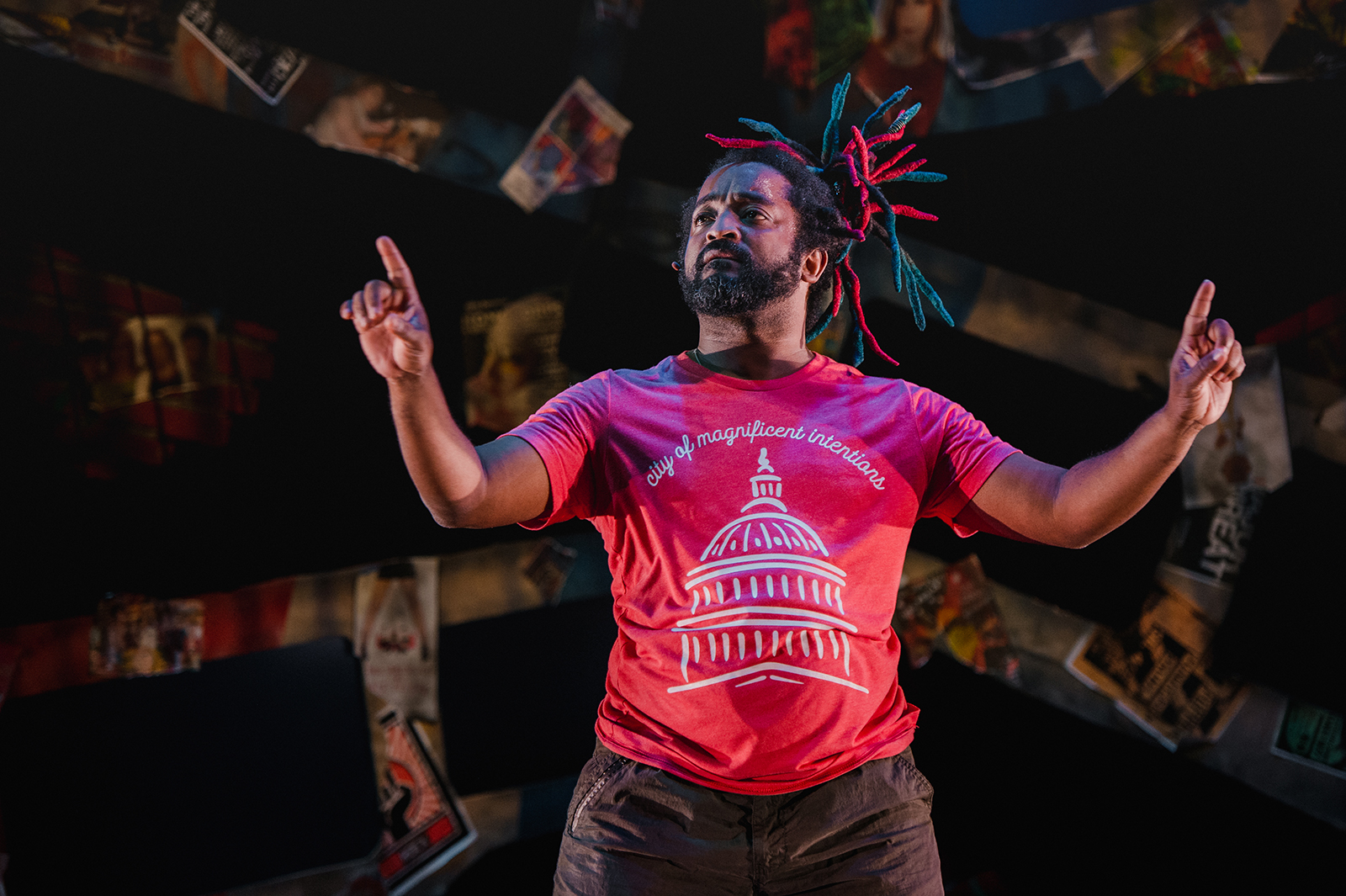 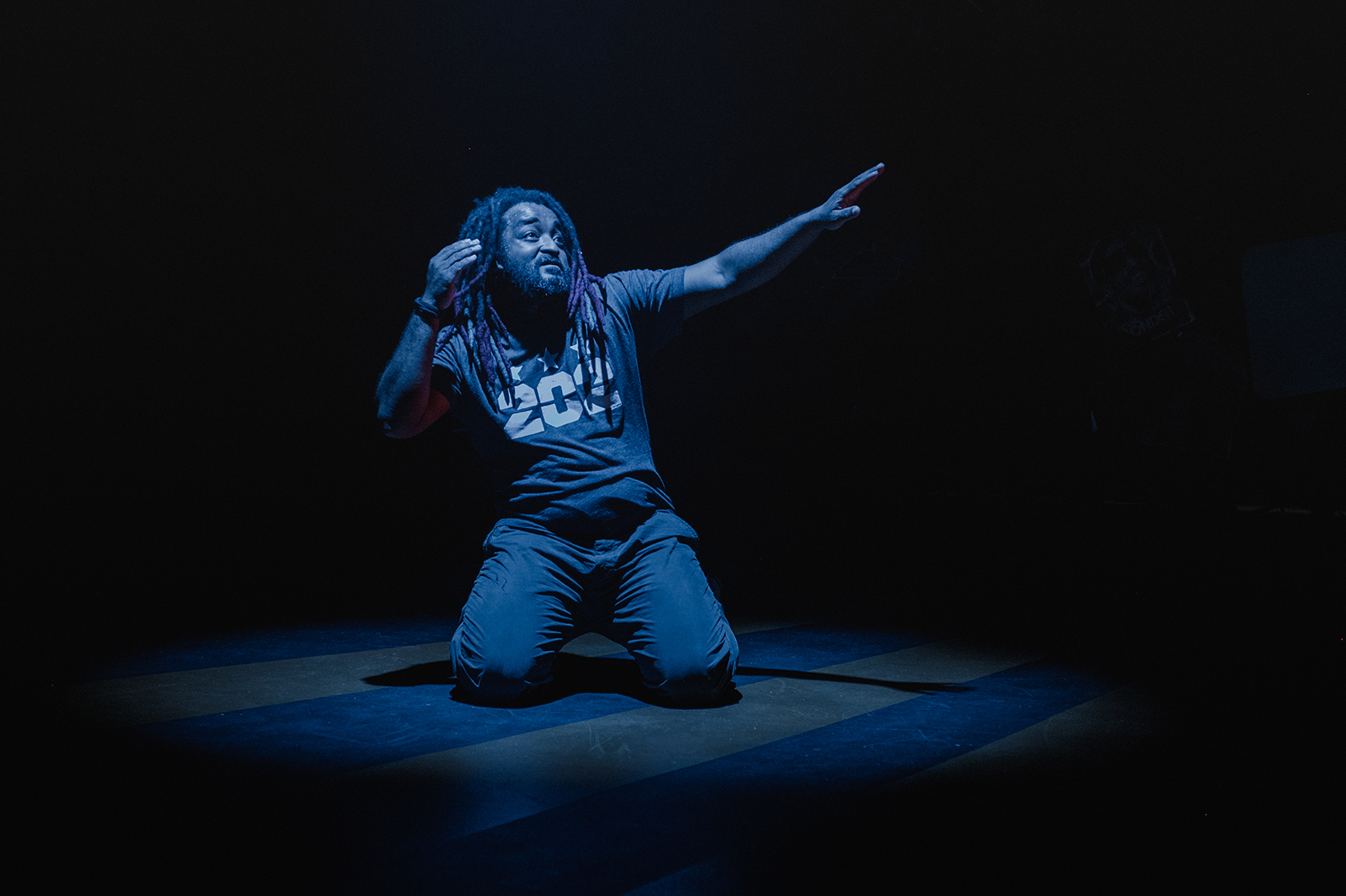 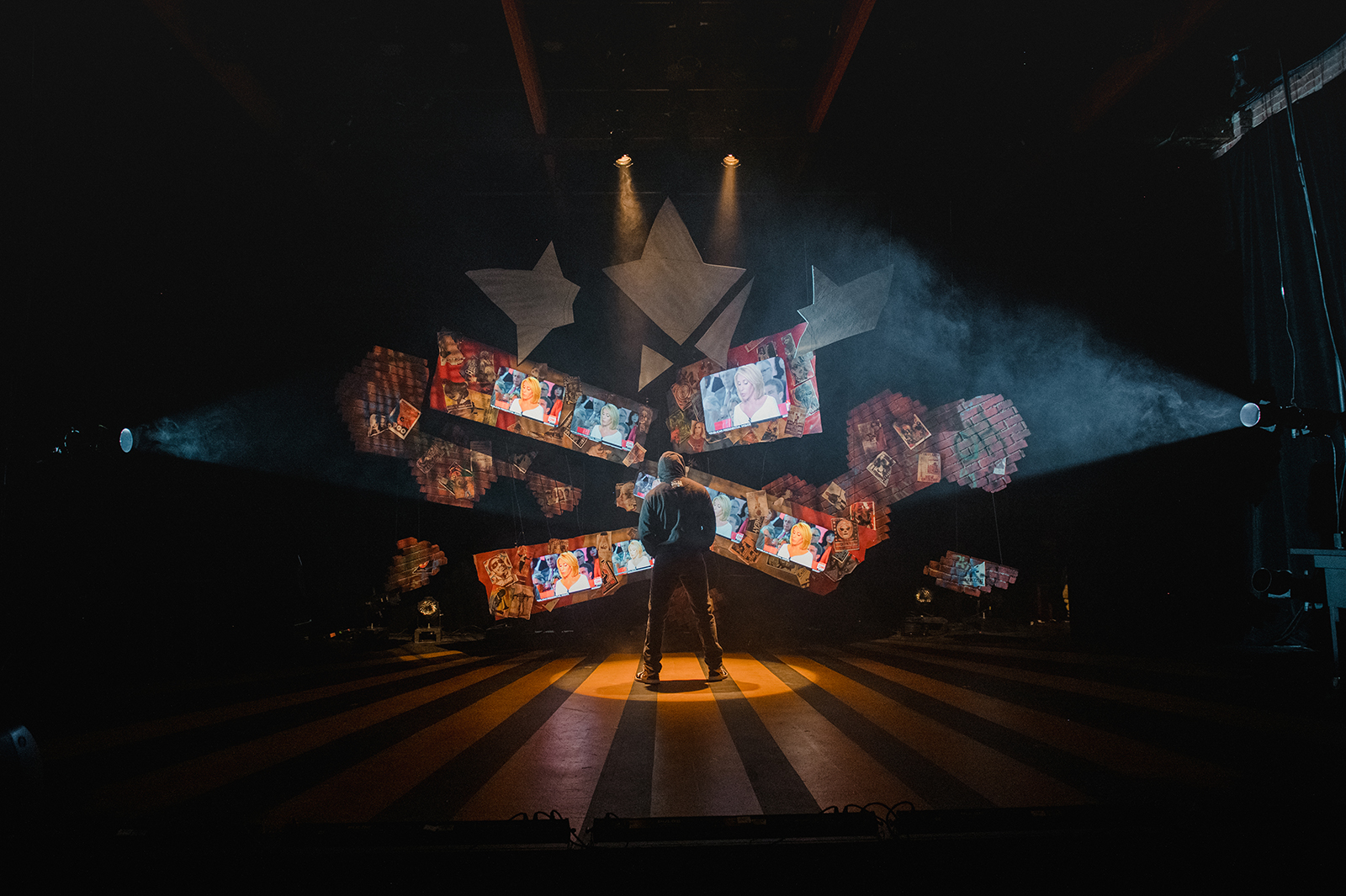 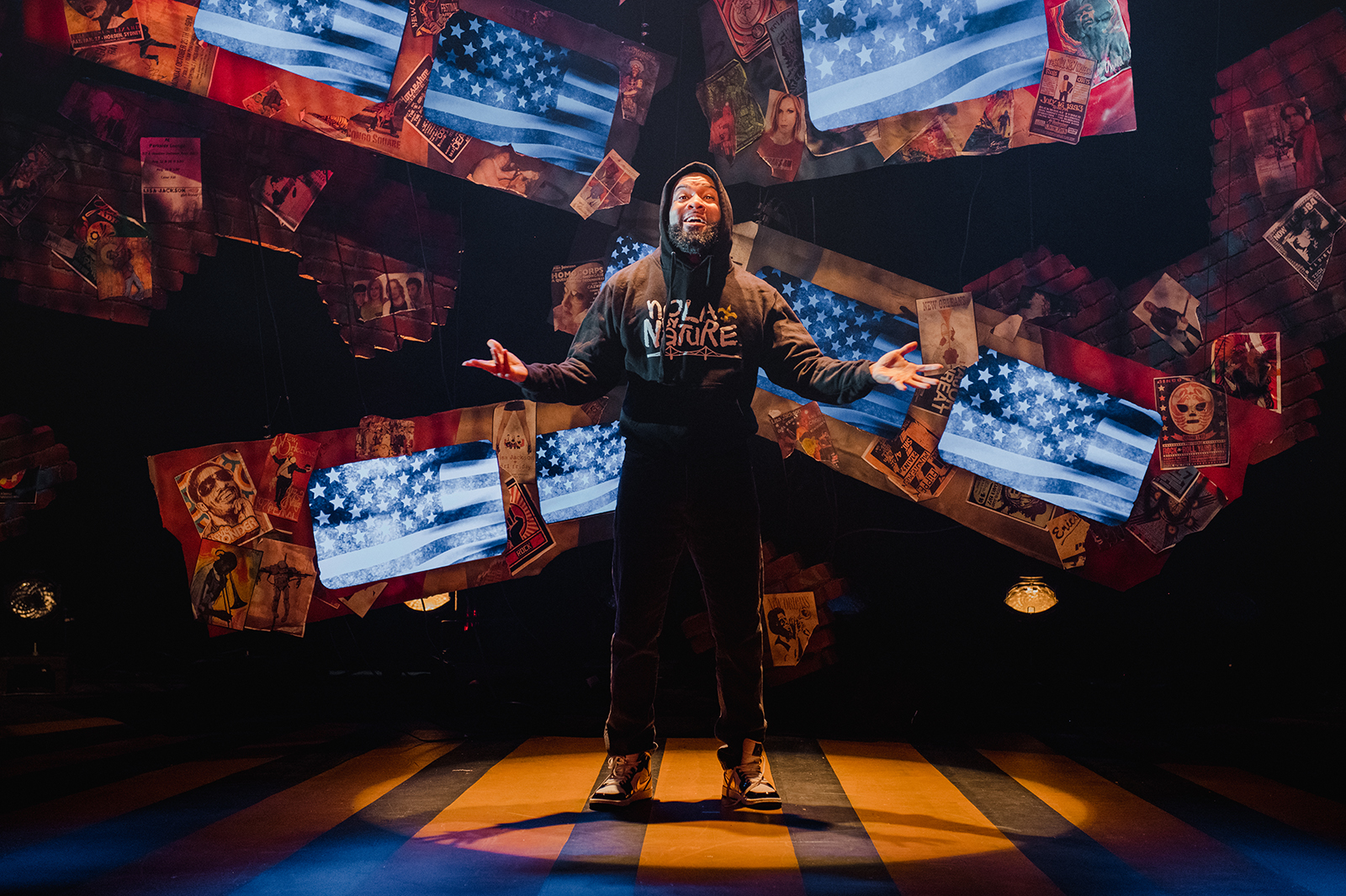 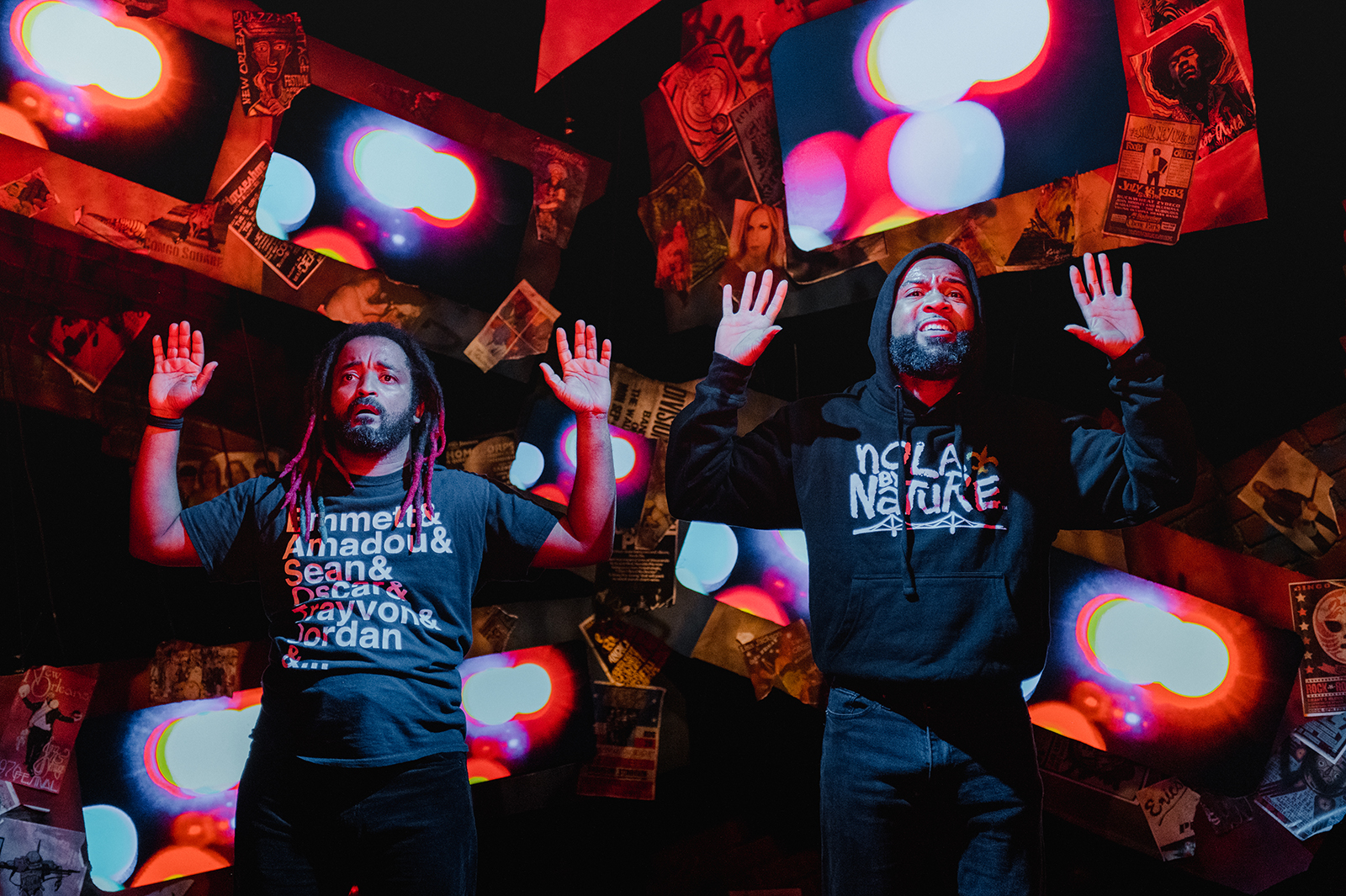 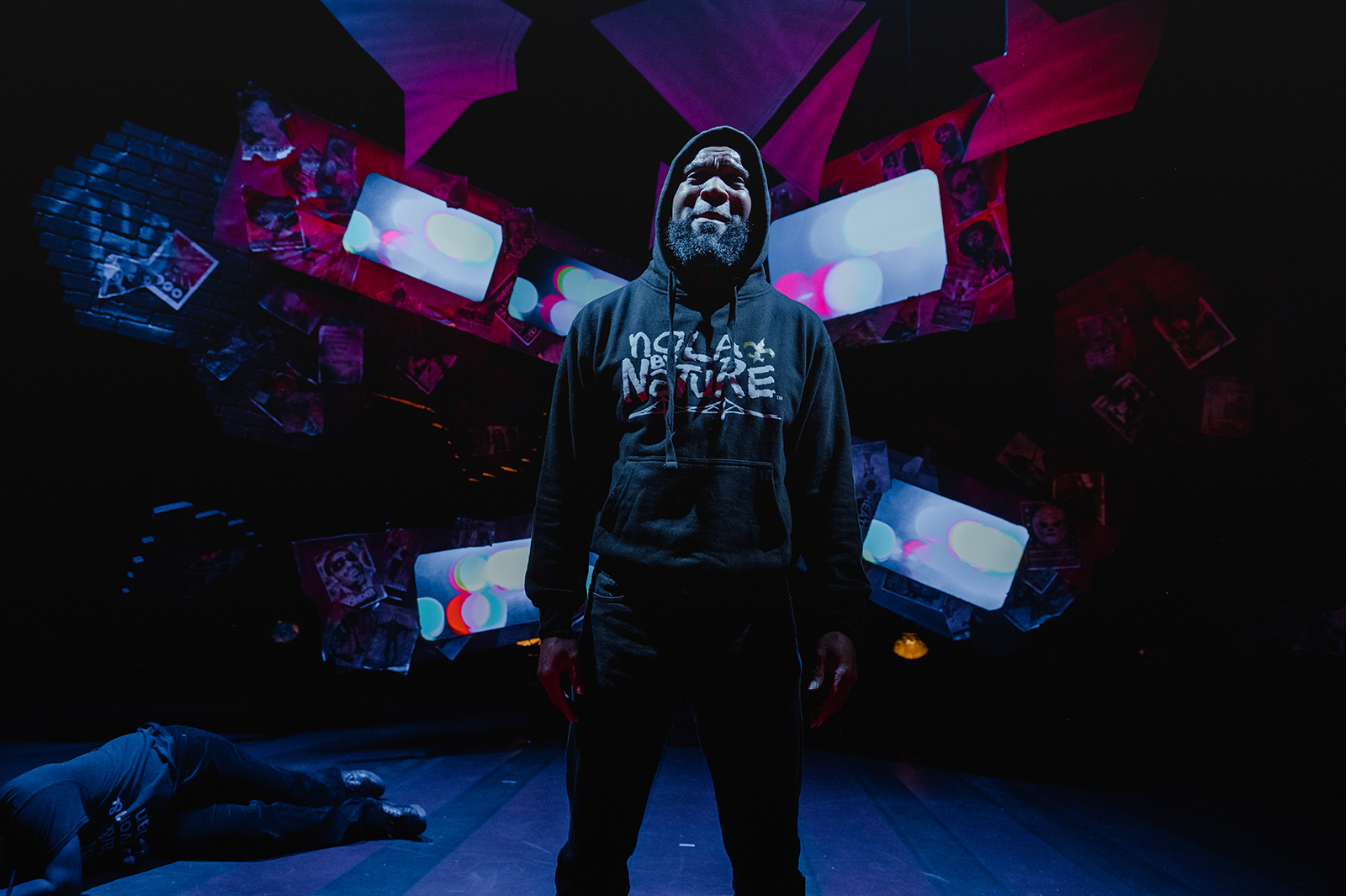 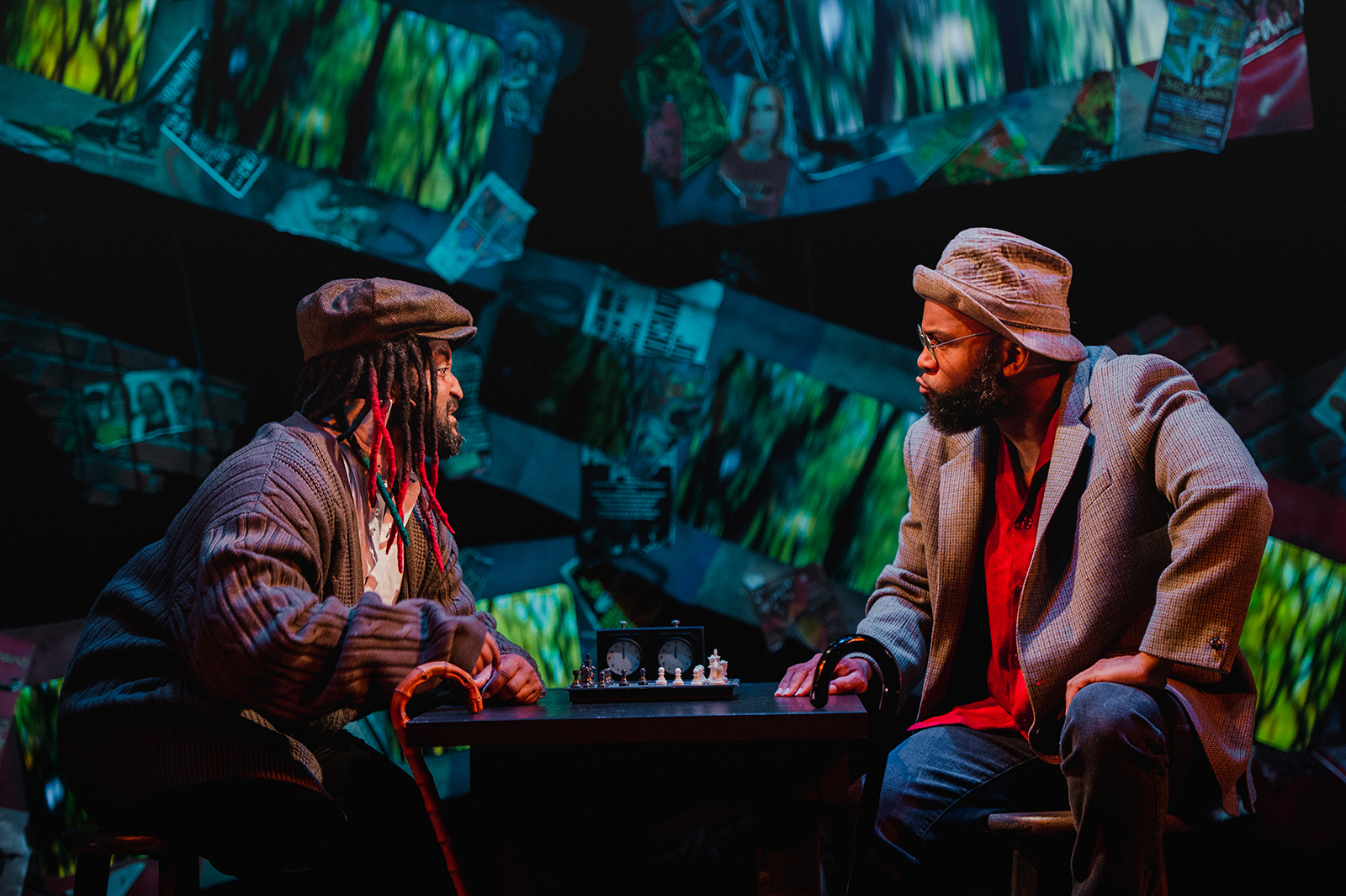 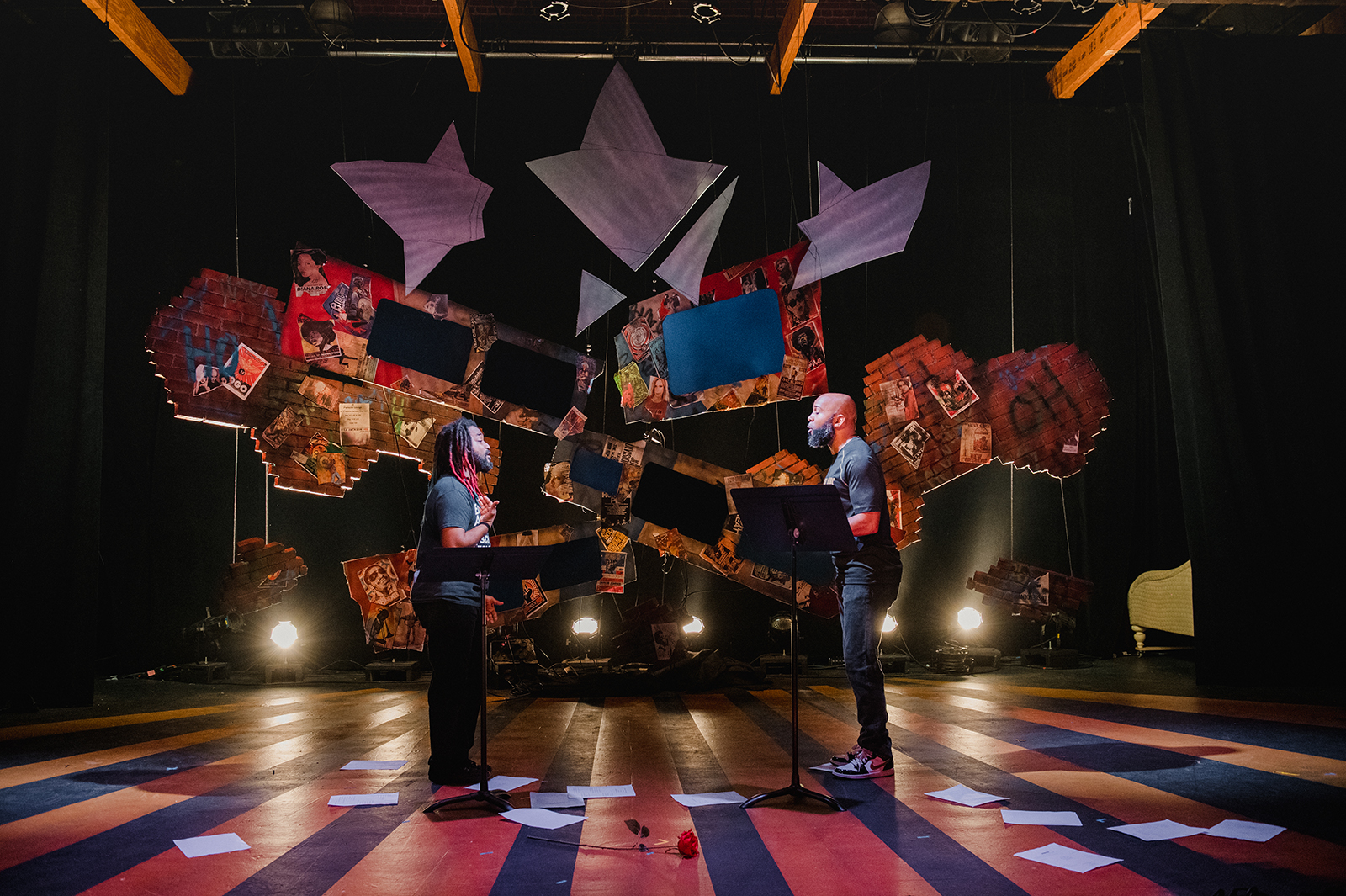 FROM GUMBO TO MUMBO features a New Orleanian science teacher turned rhyme speaker (Drew Anderson) and a dreadlock-rocking Southeast DC b-boy (Dwayne Lawson-Brown) who together conjure a dynamic cauldron of hip hop, poetry, and theatre. They dig into what it means to be authentic, question the culture and politics of today, and ultimately celebrate love and the search for home. Nominated for a Helen Hayes Award for its world premiere at Keegan in DC and named “Best of Fringe” at the Charm City Fringe Festival in Baltimore, this fall’s production of FROM GUMBO TO MUMBO is directed by Duane Richards II and features new material that responds to our modern moment and resonates with a worldwide audience.

“Through the eyes of the Black Boy from the Youngin from South East (S.E.) or the Wodi from NOLA, [Dwayne and Drew] extend a candid open invitation into the mind and heart of “him” that really is like every person’s coming of age … a rare interpretation of Urban Culture.”

— DC Theatre Scene on the 2019 world premiere production at Keegan

A science teacher turned teaching artist, poet turned parodist, and marathon runner turned motivational speaker, Drew Anderson is founder and co-host of Spit Dat (the longest-running open mic in DC) and co-creator of the critically-acclaimed stage production From Gumbo to Mumbo. Recipient of the prestigious DC Arts and Humanities Fellowship, Drew has recently merged his decade-plus of artistic acumen and educational expertise to develop Spoof School and C.R.U.N.K. Academy, two dynamic arts education integration programs which teach students of all ages how to make learning fun by “making fun” of their learning. Equal parts teaching artist and performing artist, Drew is on a mission to share his love of drama, comedy, poetry, parody, and hip hop with all who are within his reach.

As an artist, Dwayne Lawson-Brown aims to bring people into his life, to share experiences, and create a greater understanding of humanity as a result. Whether rapping about the changing face of Southeast DC, the joy of raising his son, or the ache Black communities feel every time another name becomes a hashtag, his work stands as an ambassador’s journal opened to the world.

In addition to writing and sharing his poetry, he’s worked to create safer spaces for youth and young adults to share and create art. Through his advocacy work with Metro TeenAIDS (now recognized as RealTalkDC) he created Floetic Fridays at Freestyle, a monthly youth-led open mic, now running for 15 years.

Dwayne is one of the hosts of DC’s longest running open mic series, Spit Dat DC, the venue host captain for Busboys and Poets 450K, and the recipient of several honors, including the 2019 Mary Bowman Award for Service Through Artistry from the International Conference on HIV Stigma, the 2013 Emerging Artist Award from Delta Sigma Theta, Inc., the 2012 Emerging Leader Award from the Congressional Black Caucus Foundation, and the 2007 Presidential Community Service Award.

Ultimately, all of the art Dwayne is connected to is in hopes of making the world safer for his son. Through his actions as an HIV educator, in facilitating safer spaces for artists to be artists, and finding personal healing through poetry, he works to inform the attitudes of his son and inspire him to create works, celebrate wins and failures, and be an accepting kid in a demanding world.

A graduate of the Duke Ellington School of the Arts, Hampton University, and —  recently — Full Sail University’s MFA program, Duane Richards II is extremely excited to be returning to this amazing, Helen Hayes-nominated show. Duane has worked with Keegan Theatre in many capacites, as a Keegan PLAY-RAH-KA teaching artist, a performer (Hands on a Hardbody on the mainstage and The Reluctant Dragon with Keegan PLAY-RAH-KA), and director (From Gumbo to Mumbo).

Outside of Keegan, Duane was recently a part of Brave Spirits Theatre’s Histories project, playing various Shakespearean roles as part of the cast. Duane is currently hard at work on his very first original musical, which he can’t wait to share soon. 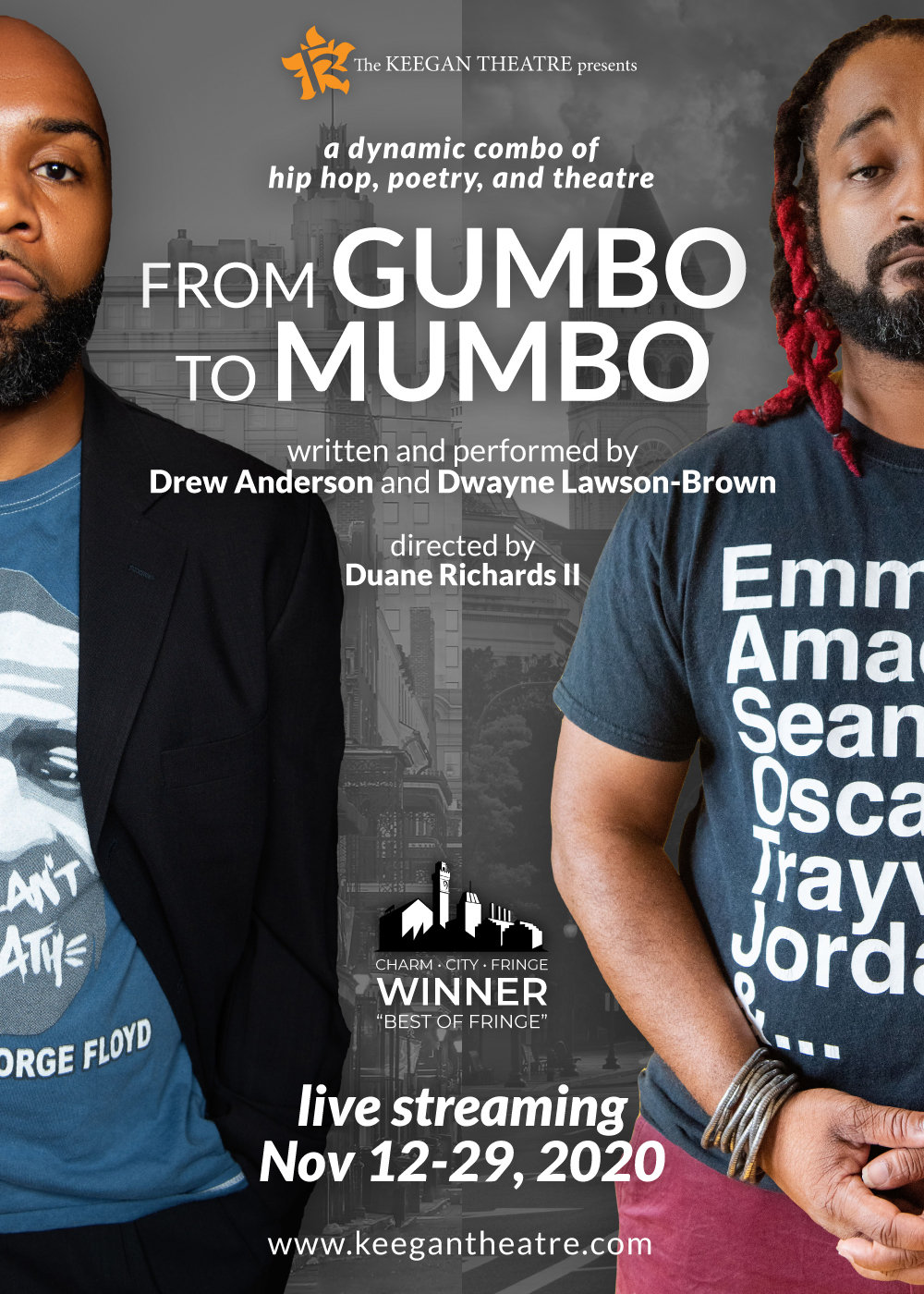 Streaming live from the Keegan mainstage

Playing in repertory with the world premiere of TRANS AM

** Live stream links will be emailed one hour before showtime

This production is generously sponsored by Whitaker Stone 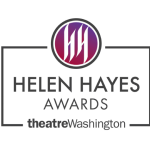 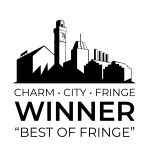