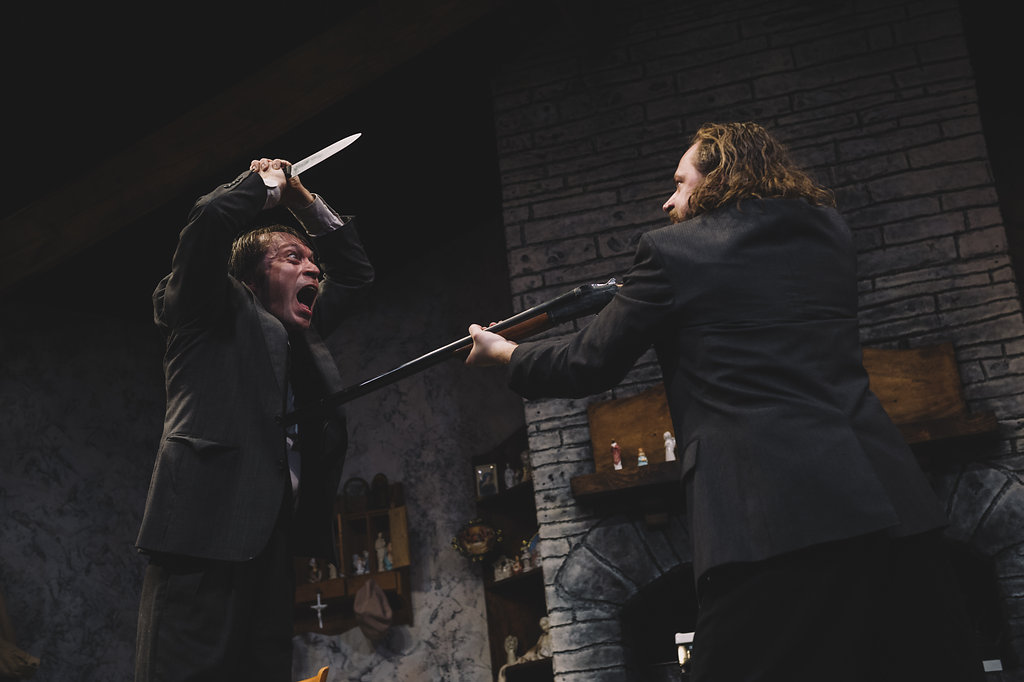 McDonagh creates a pair of brothers who compare nicely with Sam Shepherd’s True West; one the nebbish (Bradley Foster Smith) and the other a rough unkempt character (Matthew Keenan), with the Irish twist that neither of them even seem to have a job. Smith’s Valene is a bundle of eccentricities, constantly on the lookout for figurines with which to annoy the hell out of his brother; Coleman returns the favor by drinking all the hooch in the house. Even when they try to reconcile, the results are a priceless display of Catholic one-upsmanship, with confession and forgiveness deployed as the ultimate psychological weapons. What’s especially satisfying is that when they come to blows, fight choreographer Casey Kaleba has created sequences that have the sloppy, drunken feel of a real family feud. Keenan and Smith reel, roll and flail around in perfect disharmony.

Mark A. Rhea has assembled a stellar cast … Keegan Theatre’s production of The Lonesome West should be truly satisfying, especially now that the dog days of summer are upon us.