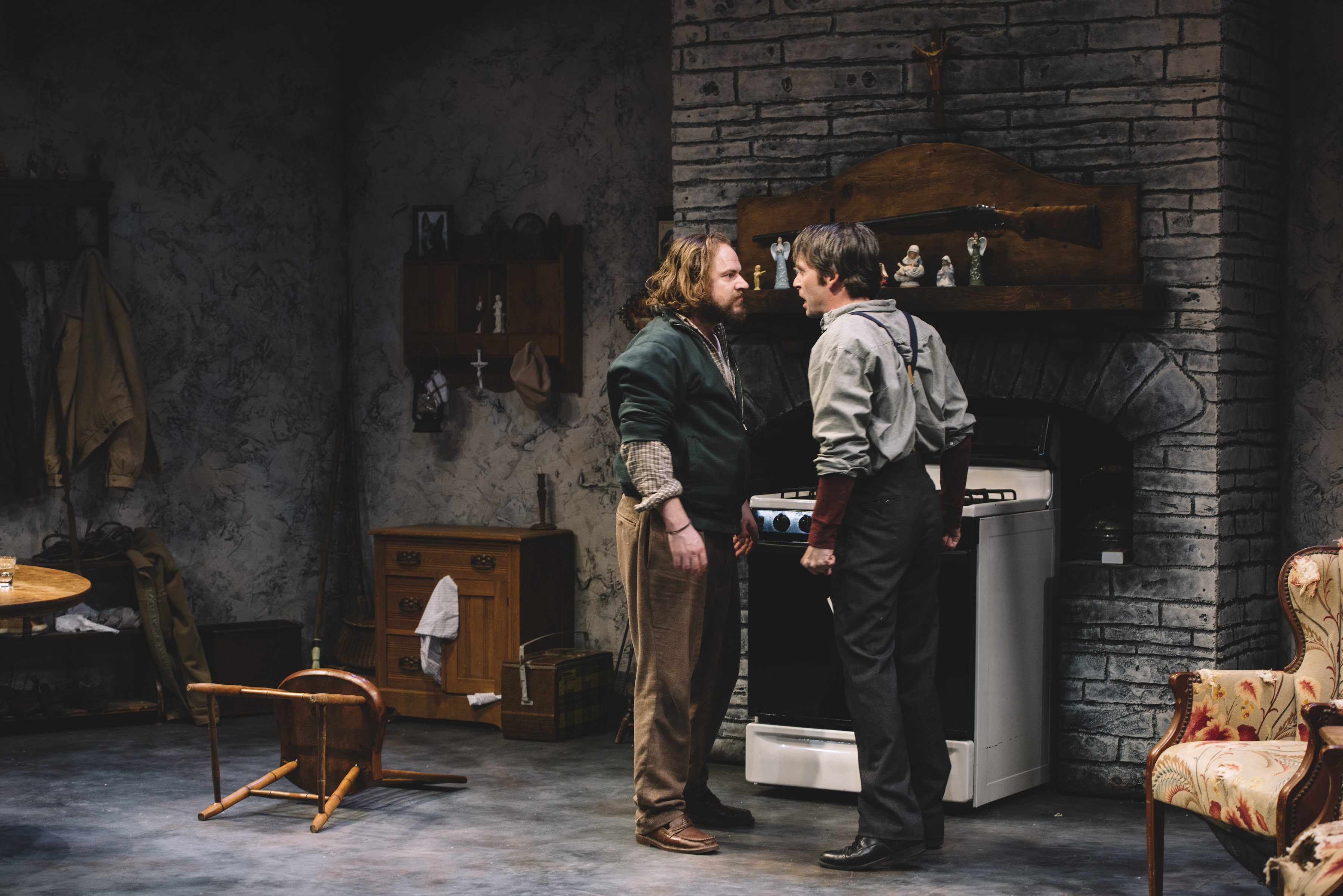 With Keegan Theatre’s production of The Lonesome West, you’ll either find yourself laughing at oozing bullet-holes and guillotined doggy ears or you’ll turn to drink, the hard stuff and plenty of it.

The cast is led by the Connor Brothers, Matthew J. Keenan as Coleman and Bradley Foster Smith as Valene. Their high chemistry feuding fuels the play’s comic underpinnings, which relies primarily on making the ghastly and gruesome totally normal and guilt free.

Director Mark A. Rhea knows what he wants to do with The Lonesome West. He’s got hip contemporary music, dancing scene changers that give the audience a show, and the occasional voice-over to punctuate the proceedings.