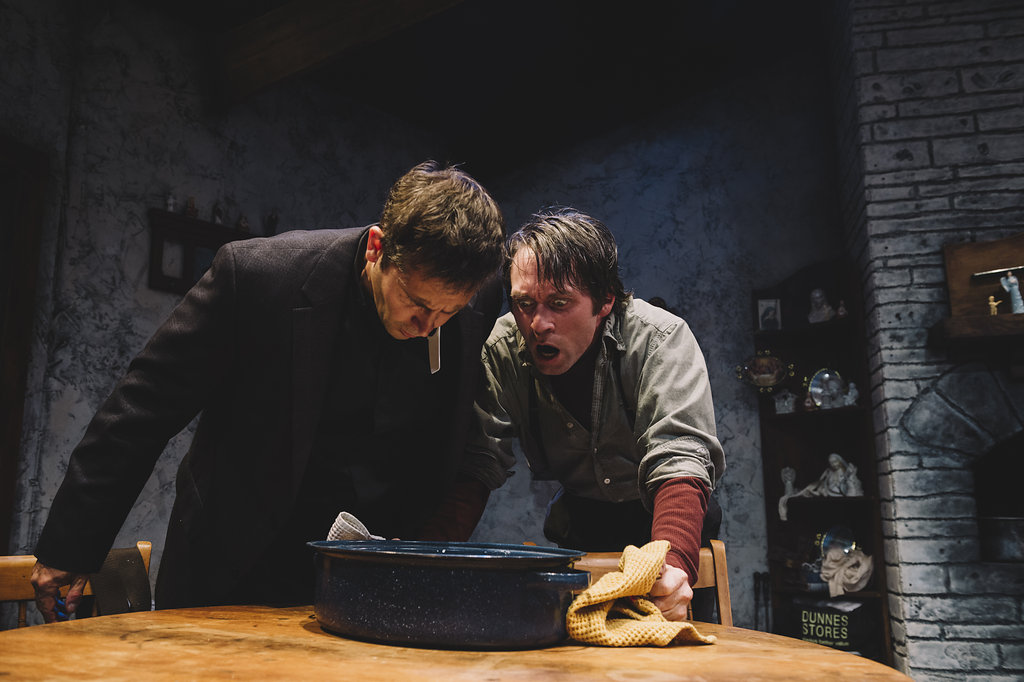 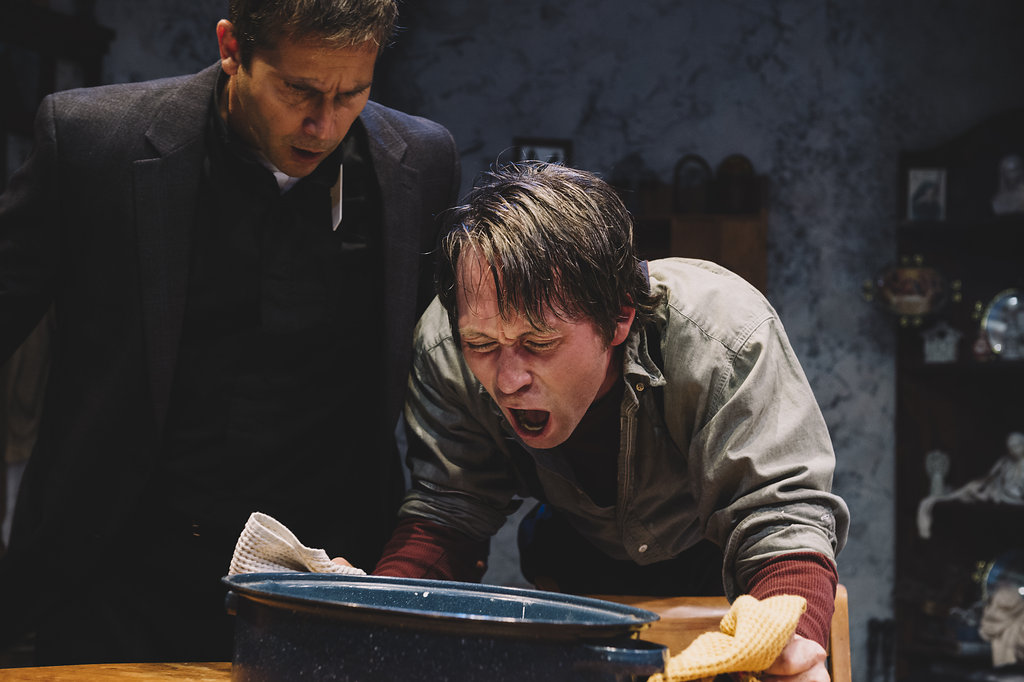 Astute and masterful direction by Mark A. Rhea … top-flight performances from a cast of four, a stunningly evocative set (Set Design by Matthew J. Keenan) and – most importantly — ultimate respect for the text of this beautifully written play.

Director Rhea’s prowess in this production cannot be underestimated, for there is not one false note in the proceedings.

Quarrelling brothers Coleman (Matthew J. Keenan) and Valene (Bradley Foster Smith) are portrayed with canny and charismatic skill and they both manage to convey a perversely affectionate yet violent brotherhood. … Chris Stezin’s complex yet amazingly direct and self-possessed portrayal of this Irish priest is the emotional center of the play even when he is giving up all hope of saving the souls of his wayward town. … A fourth character, Girleen, played with just the right sly “wink of an eye” by Sarah Chapin could easily become a stereotype just by virtue of her name but Ms. Chapin invests the character with just the right amount of charm, callowness, spontaneity and pragmatism inherent in her character.

Do not miss Keegan Theatre’s scintillating and thrilling production of The Lonesome West! The Keegan Theatre has produced an emotional, subversive, and darkly comic masterpiece!