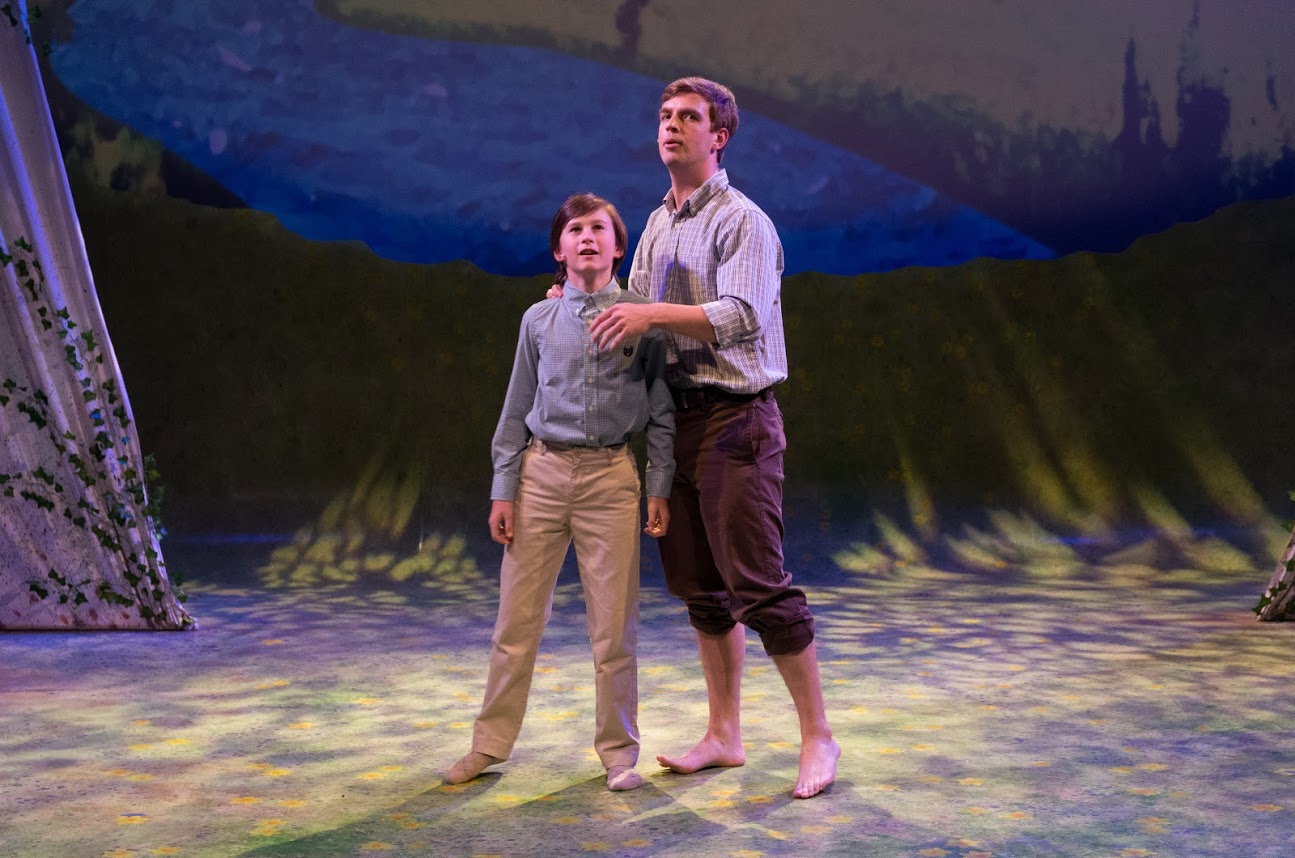 The show is a winning testament to the impact one man from a tiny town can have on the people who loved him—or even just crossed paths with him for a moment. Even as his son Will (Ricky Drummond, appealing and appropriately stodgy) grows increasingly frustrated with his father’s seemingly tall tales and unwilling tendency to play anything but the hero, the audience gets swept up in Bloom’s impossibly epic version of his own story.

Sweeping us along is Dan Van Why as Edward, in a star-making performance fueled by an easy confidence and swagger — it’s hard to doubt for even a second how this man is able to charm the pants off anyone he encounters … Keegan finds a way to make a delightful impact with the resources they have. Black, fan-like costumes help guide an eerie choreographic introduction to the witch’s entrance; traditional scenery and a multi-media backscreen work together to produce fantastical images of mythical beasts and mermaids.