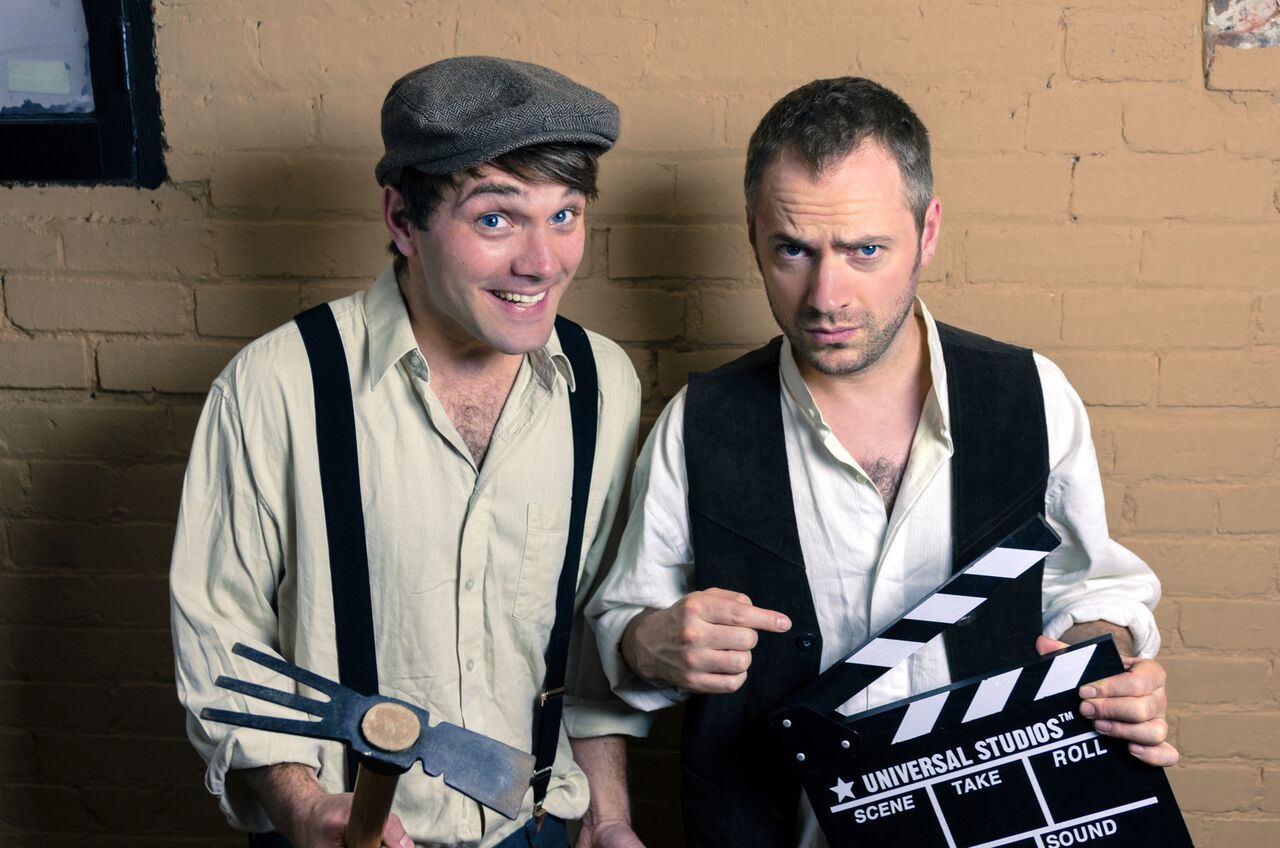 Keegan Theatre Opens 21st Season with Stones in His Pockets

September 11, 2017:  The Keegan Theatre kicks off its 21st season with Marie Jones’ wickedly funny tragicomedy Stones in His Pockets, directed by Abigail Isaac Fine and starring Keegan company members and audience favorites Matthew J. Keenan and Josh Sticklin. In addition to the hilarious and thought-provoking narrative of Stones in His Pockets, the audience will enjoy Belfast playwright Jones’ unique style of storytelling, with Keenan and Sticklin performing all fifteen roles, often switching gender and voice with swift dexterity and a bare minimum of costume changes.

“Stones in His Pockets … is serious comedy. It allows audiences to laugh about something as grave as the last gasp of someone’s hopes and dreams.”  – The New York Times

The fast-paced play is about a small rural town in Ireland where many of the townspeople are extras in a Hollywood film. The story centers on Charlie Conlon and Jake Quinn, who, like much of the town, are employed as extras for the filming. Charlie’s video shop in Ballycastle has gone bankrupt and Jake has returned to Kerry after a futile few years in the US. The movie is a wonderful break from worrying about their futures … until the harsh realities of rural life break through.

“I’m thrilled to be working with Keegan Theatre again,” says director Abbie Isaac Fine, “and to be collaborating with Josh and Matthew once more.  I worked with Matthew on my very first Keegan production, Dancing at Lughnasa, and I’ve directed Josh in three one-man world premieres by Rosemary Jenksinon — so this is a special reunion, and this cast is truly a dream team!”

This is Keegan Theatre’s 21st season performing in Washington, DC. The Keegan Theatre produces powerful productions of classic and modern plays and musicals, offered to the community at affordable prices.  The company’s work is fueled by the highest caliber acting and design, scripts that put real people out there on the stark edges of life, and a directing approach that honors clear, authentic storytelling.

LEARN MORE ABOUT THE SHOW AND BUY TICKETS ONLINE