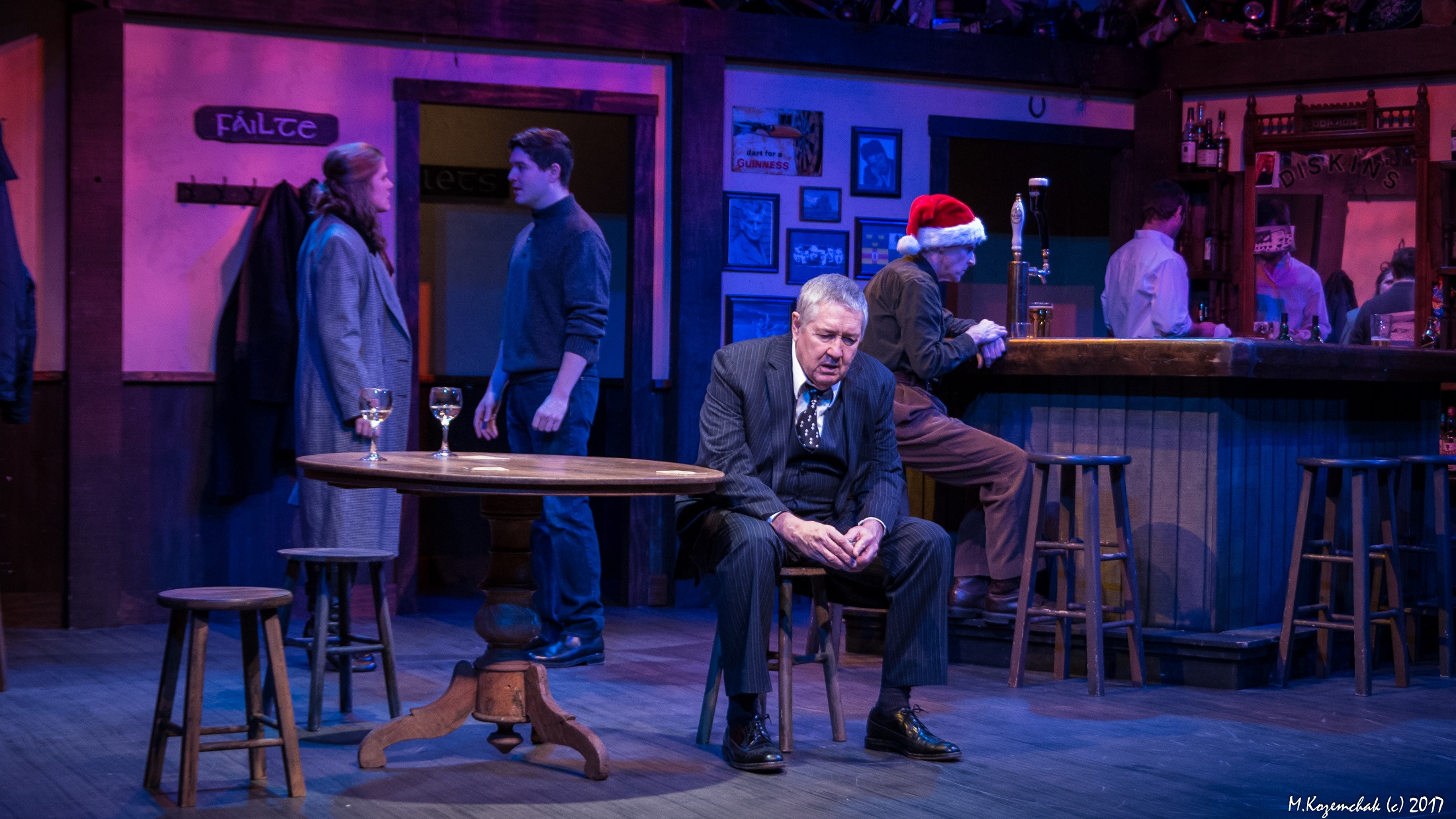 If you need tidings of comfort and joy, look no further than the Keegan Theatre’s seventh annual production of An Irish Carol. This is the second year in a row that this reviewer has had the pleasure of seeing this irreverent and heart-warming gem, and I can say that it only improves upon further acquaintance.

Kevin Adams reprises his role as “the bleedin’ miser,” and triumphs again. He harrumphs and slumps around his pub, the clutter of collected stuff displayed in the rafters hinting at the character’s accumulated emotional baggage. Adams’ layered performance is a perfect mix of grumble and hurt, not stinting on Dave’s anger, but suggesting the real pain underneath. The complexity makes it difficult not to empathize with him, so you are not surprised to hear Frank exclaim, “He’s a bollocks… but he’s our bollocks.”

Matthew J. Keenan’s well-paced script allows the supporting cast to shine as well, with sad revelations and frozen silences cut with profane humor. Much of that humor comes from Timothy H. Lynch, returning as the reliably inappropriate Frank, and from the old-timer’s interplay with old friend Jim, as well as the new bartender, Bartek. Josh Sticklin impresses with a sensitive portrayal of Bartek, and Caroline Dubberly does not miss an emotional beat as Anna, the conflicted but effortlessly sincere fiancé of Simon. The two serve as the emotional and moral center of this Christmas tale.

Like A Christmas Carol, An Irish Carol lands softly, with the promise of a happier, hopeful life for Dave. And like Christmas, this play comes but once a year, and when it comes, it certainly brings great cheer.