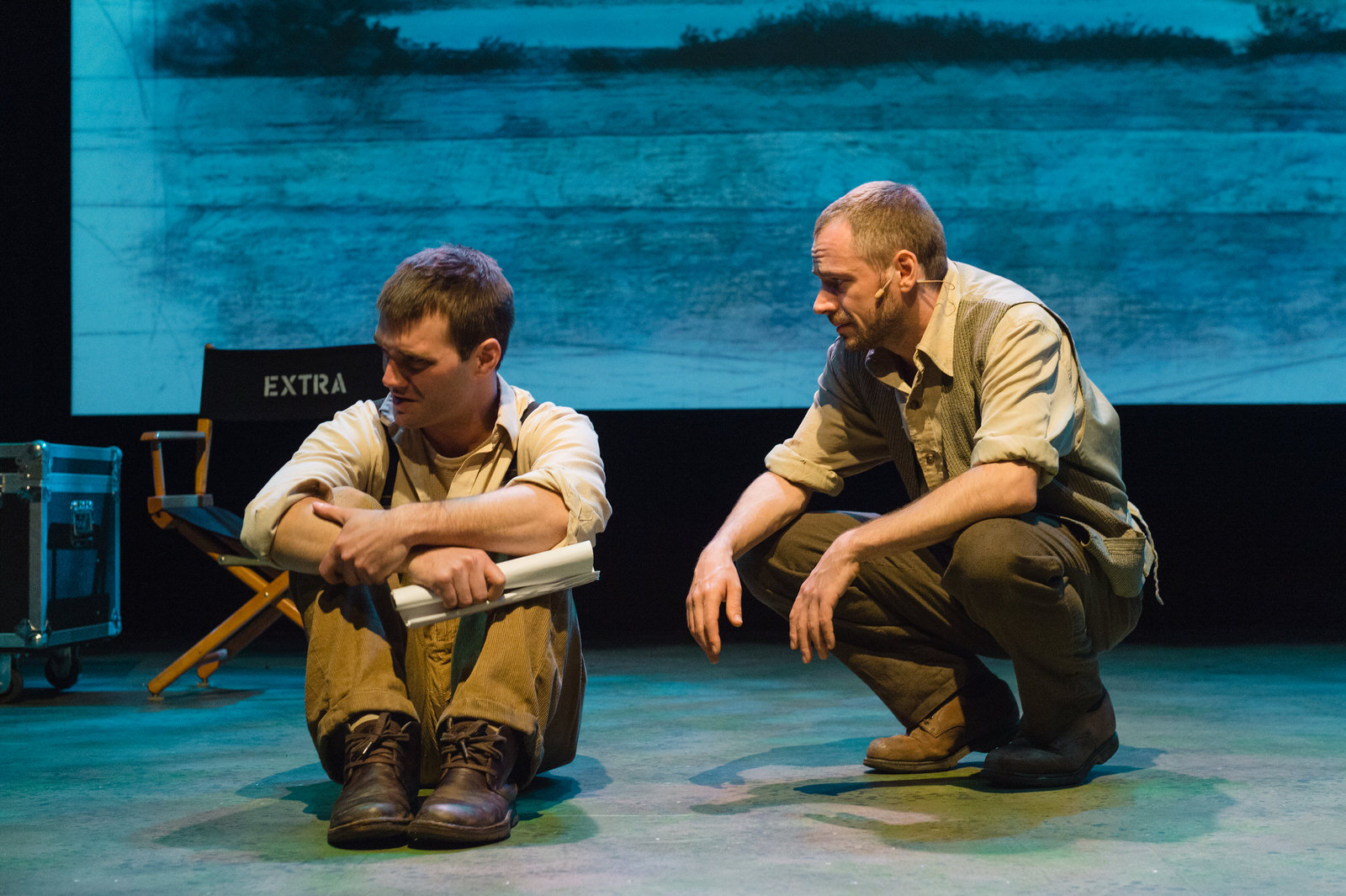 Abigail Isaac Fine returns to the Keegan stage to direct this two-hander.  Even though the play only has two actors, they play multiple different roles of various ages, genders and histories. This calls for extreme acting chops, and Keegan Theatre did not disappoint.

Charlie Conlon, a smooth operator who dreams of producing his own script, is played by Keegan veteran Josh [Sticklin] last seen in the world premiere of “Mack, Beth” and Keegan’s award-winning “American Idiot.” [Sticklin] is a chameleon, becoming whole new characters with just the smallest adjustment to his physicality and his voice. His Caroline Giovanni, the movie star, is delightful, and his Finn, the best friend of the young man who takes drastic measures, is incredibly moving.

Jake Quinn, the realistic rougher around the edges young man, is played by none other than Keegan’s master of set design, Matthew Keenan.  Born and raised in Dublin, Ireland, [Keenan] adds nuance to his archetypal characters. His Production Assistant and Mickey, the last living extra on “The Quiet Man” are a joy to watch. His Sean Harkin is heartbreaking.