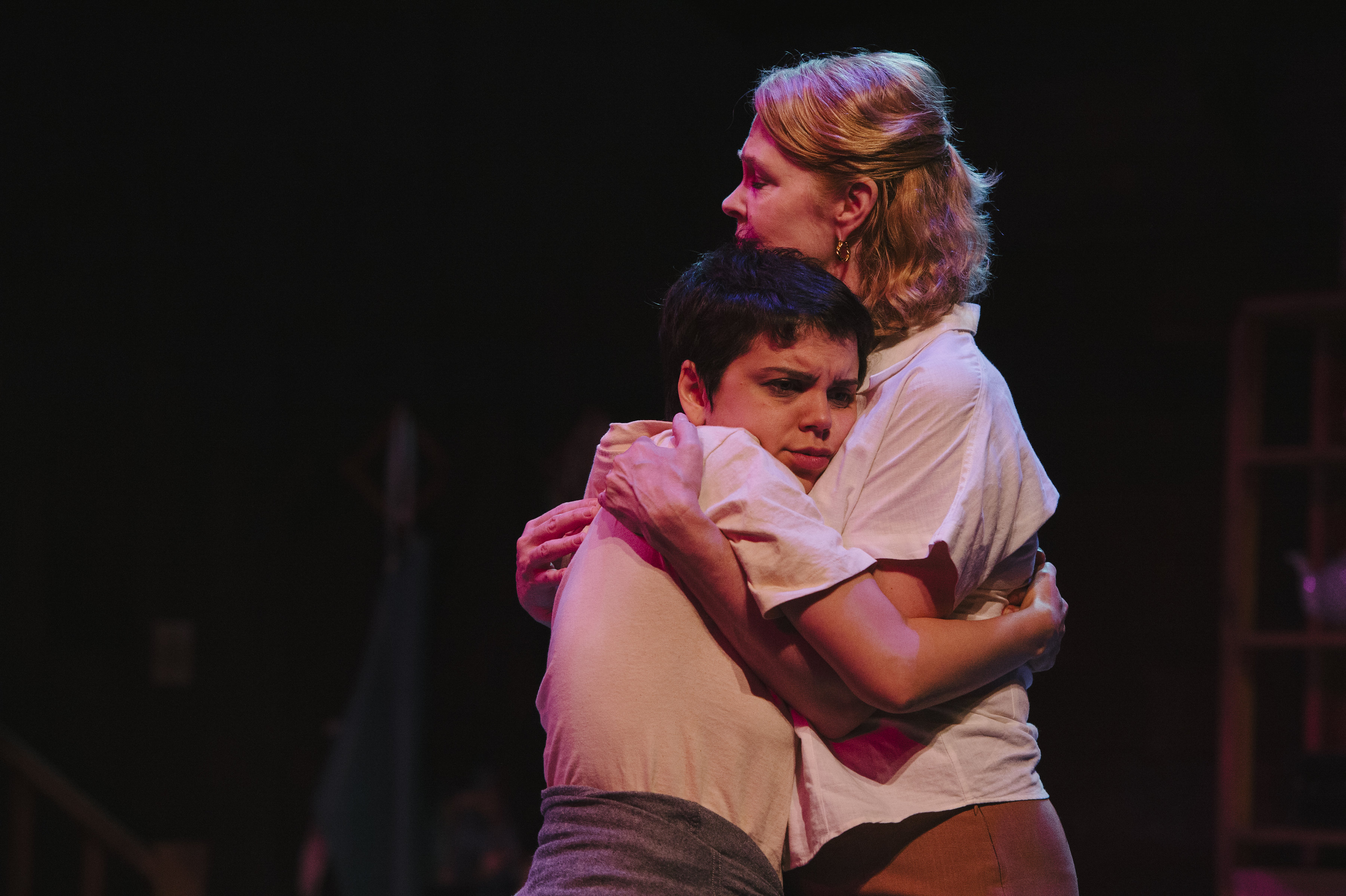 MD Theatre Guide: When We Were Young and Unafraid

From Sarah Treem, the woman who brought you the incredibly nuanced and stimulating play “The How and The Why” comes another incredibly stimulating and nuanced play, “When We Were Young and Unafraid.” Directed by Marie Byrd Sproul, this play takes women’s rights and looks at it from every corner, leaving no stone unturned. The year is 1972, Angela Davis has been released from jail, and the Women’s Liberation movement is in full swing. Far away from that, seemingly on another planet, is Whidbey Island, right around Seattle Washington. And on that island, lies a bed and breakfast that serves as a safe house for women who have been abused by their husbands.

The Keegan Theatre co-founder Sheri Herren plays the strong but existentially exhausted owner of this establishment, Agnes. Sheri’s Agnes is so superbly human, you often forget that you’re in a play and not sitting across the table from a woman in her home …

One of the best things about coming to see a Keegan Theatre performance is seeing the completely new way that the space is transformed. The cozy set designed by Matthew Keenan, is reminiscent of the endless evergreens of the Washington/Canada border. Liz Gossens’ costumes play around with colors and patterns that are traditionally associated with the female sex. … Kate McCreary, who designed Keegan’s “Mack, Beth,” lends her considerable lighting talents to this production. Signature Theatre’s Jordana Abrenica designs the sounds of the gorgeous Whidbey Island wildlife.