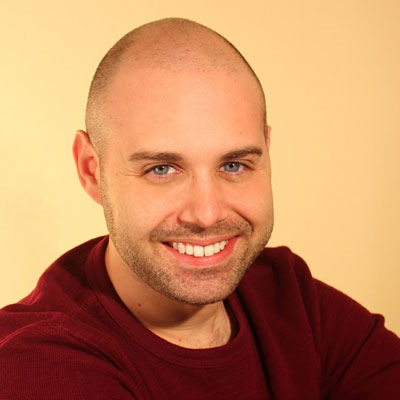 Michael Innocenti joined the Keegan Theatre in 2005 with A Streetcar Named Desire. After proving that he would work for free concessions, Michael was named a company member in 2006 with the U.S and Ireland tour production of Death of A Salesman.  Since then, Michael has performed in over 20 productions including A Few Good Men, The Full Monty, All My Sons, August: Osage County (Helen Hayes Nomination – Best Ensemble in a Play), Twelve Angry Men, Laughter on the 23rdFloor, The 25th Annual Putnum County Spelling Bee, Noises Off, Love Letters, The Hostage, Lincolnesque, The Importance of Being Ernest,  Mojo/Mickybo, Man of La Mancha, Elizabeth Rex, The Graduate and Glengarry Glen Ross (U.S./Ireland Tour), where he met his partner in life and fellow company member, the apparently blind Christina A. Coakley. Lesser known performances include falling from a scaffolding and literally crashing through a platform. In 2007, Michael was the first person named to the newly established Executive Staff as Production Manager and has managed nearly 50 productions since that time. Directorial credits include The Sunshine Boys, Cabaret, and Assistant Director for the musical Working. Lighting Designs include: Love, Peace, and Robbery (D.C./Off-Broadway), A Man of No Importance, Golden Boy, and The Crucible. He would like to extend his sincerest and deepest gratitude to Mark Rhea and Susan Rhea for letting me be a part of a truly amazing company.