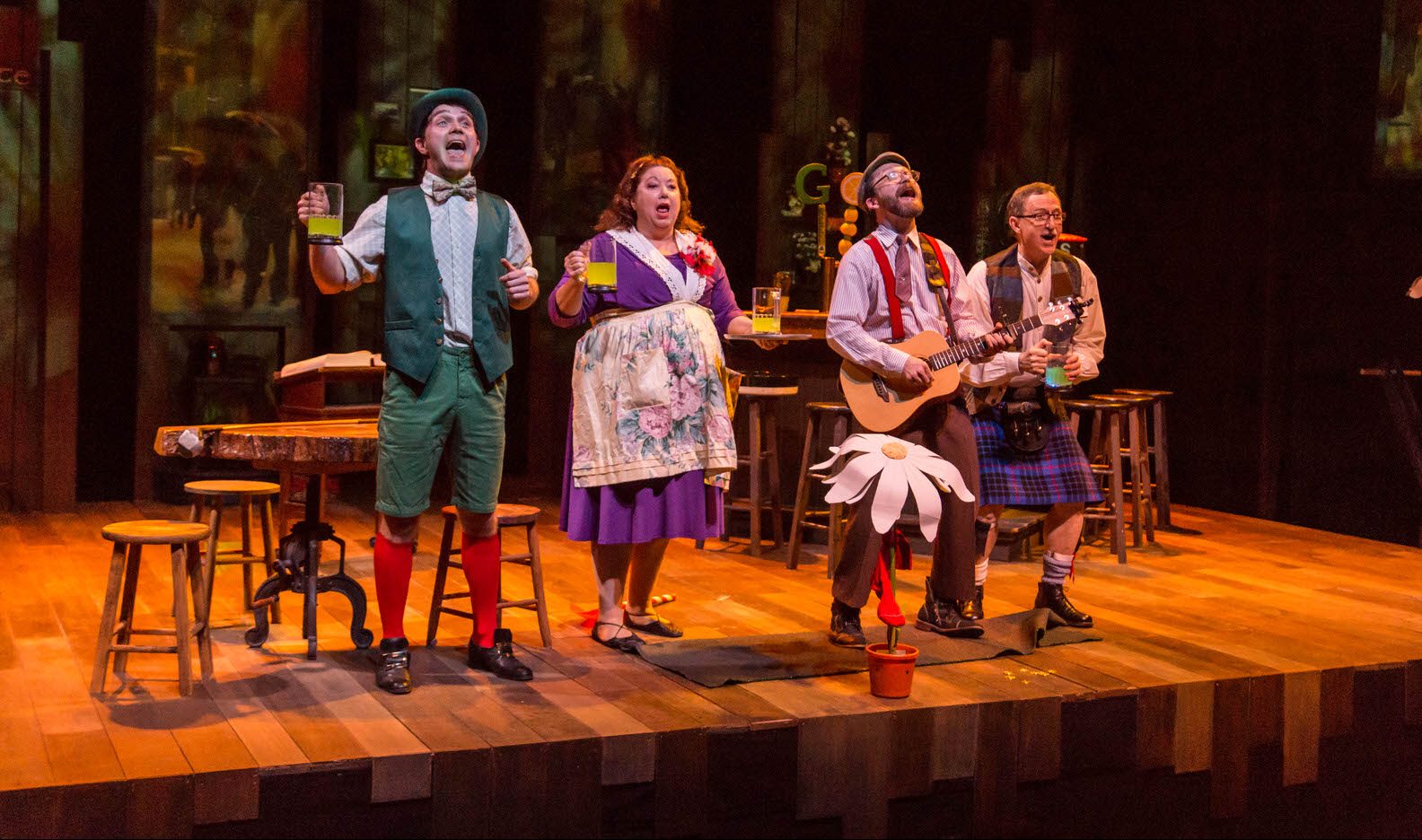 Keegan PLAY-RAH-KA Presents HOW TO CATCH A LEPRECHAUN

November 19, 2017: Keegan PLAY-RAH-KA is proud to present its first main stage family programming production of the 2017-2018 season, How to Catch a Leprechaun by local playwrights Mario Baldessari and Ethan Slater. The delightful children’s musical is based on the familiar Irish folktale and follows the comical adventures of the wistful minstrel Riley O’Really, who really wants to catch a leprechaun. He’s got everything he needs for his trap: a pair of sharp eyes, a good Irish folk song in his heart and, most importantly, an irresistible pitcher of green lemonade. The wee leprechaun who Riley catches seems more than willing to give up his pot of gold – but is his offer a leprechaun trick or a leprechaun treat?

How to Catch a Leprechaun made its debut at the 2012 Kennedy Center Page to Stage Festival and was the Keegan PLAY-RAH-KA’s inaugural family production in 2015. Back by popular demand, this new production is directed by Harrison Smith and features Sally Cusenza, Timothy H. Lynch, Jordan Clark Halsey, and Ben Peter.

“When we launched our first Keegan PLAY-RAH-KA family production back in 2015,” Alexis J. Hartwick, Keegan’s Director of Education and Administration, recounts, “we fell in love with the show because it is fun for kids and their families – which is one of the brand’s missions. Even in 2017, children keep coming into the theatre and asking where the leprechaun is… so we thought we would give them another chance to find him. It has become a fun family tradition for the Keegan family, my own family, and we hope yours as well.”

“I’m thrilled to be bringing How to Catch a Leprechaun back to the Keegan stage,” remarks director Harrison Smith. “The prospect of bringing such a joyful and energetic piece of theatre magic to many first-time theatregoers is especially exciting during the holiday season!”

How to Catch a Leprechaun opens December 16, 2017 at the Andrew Keegan Theatre in Washington, DC, and runs through December 31.

LEARN MORE ABOUT HOW TO CATCH A LEPRECHAUN