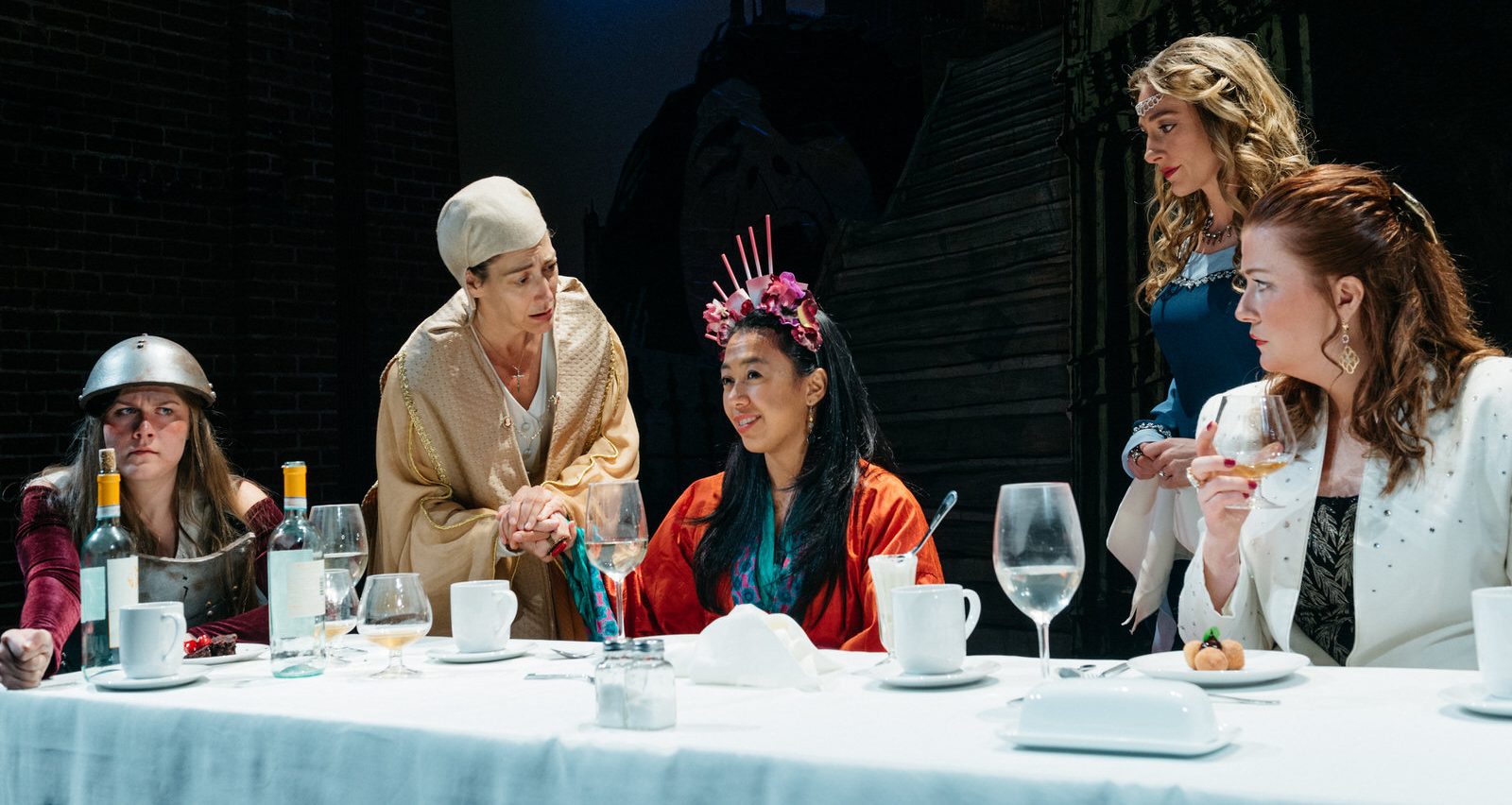 In the original 1982 New York Times review of the Public’s production of “Top Girls,” critic Frank Rich explained the way that the playwright Caryl Churchill sees the theatre as “an open frontier where lives can be burst apart and explored.” It recalls an image of the playwright as a conjurer, creating characters like stars and comets in space then having them blow up before the audience’s eyes.

The play centers around the character of Marlene, played by Keegan newcomer Karina Hilleard, as she hosts a dinner party with several interesting characters to celebrate her new promotion.  Elsewhere her niece Angie, played by Helen Hayes-nominated actress Caroline Dubberly, conspires to run away from her unhappy working-class life to live with her glamorous aunt.

Along the way, like [director Amber Paige McGinnis] says, they scratch the surface of the lives of women ranging from dowdy secretaries to religious leaders and mythic characters. While Hollywood struggles to produce projects with one, Caryl Churchhill’s “Top Girls” has fifteen incredibly drawn female characters.

In 2017, it’s discouraging to think that Hollywood is still struggling to come up with ways to get women on screen, or with ways to treat women appropriately off screen.   Set against this backdrop once again, The Keegan Theatre triumphantly produces a female driven piece that is both deeply relevant and wonderfully entertaining. In this intimate space with this incredible script, a formidable cast, beautiful sets and costumes, and inspired direction, this show is a must-see.