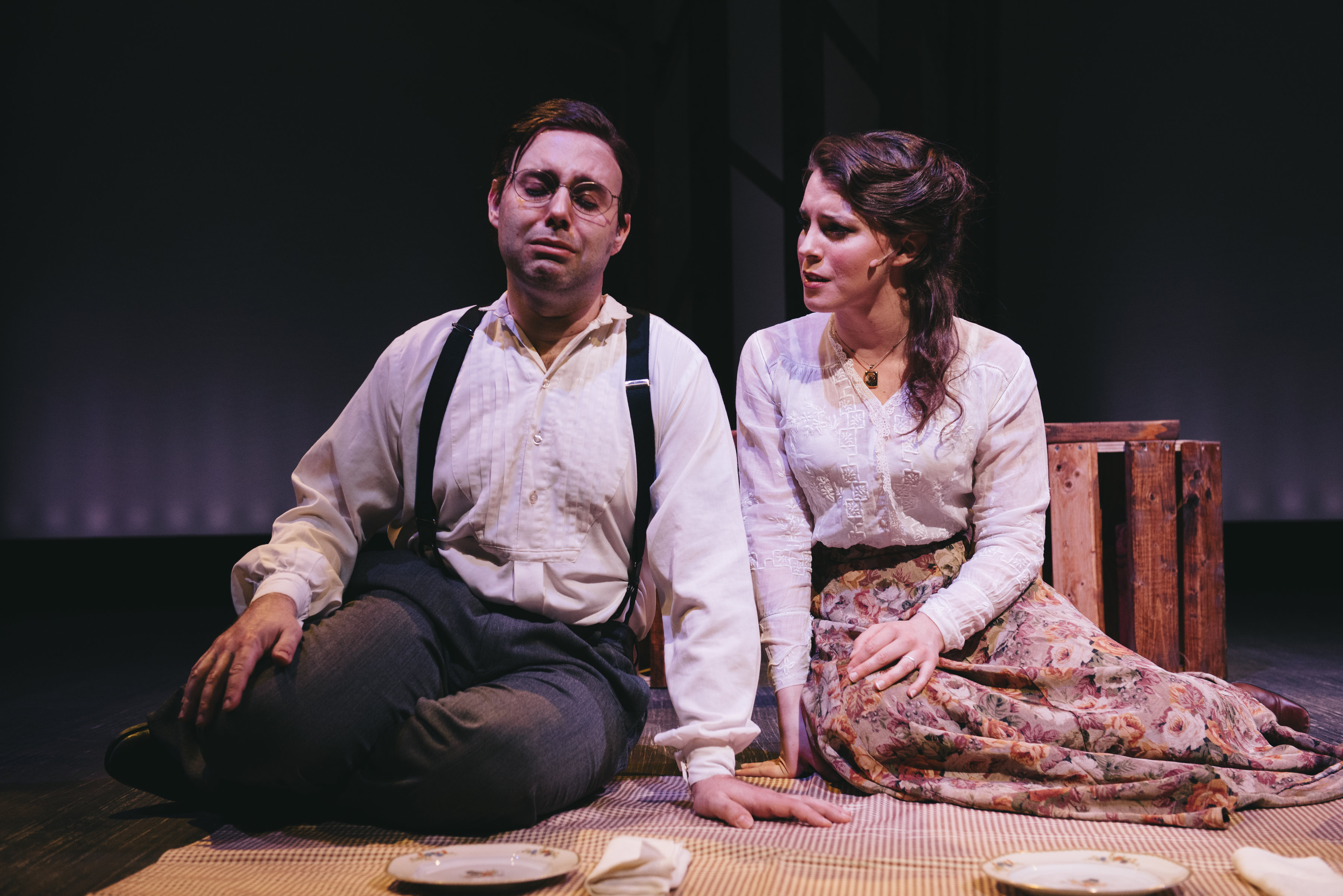 The old South and the new collide in the haunting and disconcertingly timely musical “Parade,” in a taut and spare production by Washington’s Keegan Theatre.

Directors Christina A. Coakley and Susan Marie Rhea have taken a large, sometimes overly done show and stripped it down to its essentials: a story forthrightly told by book writer Alfred Uhry, whom theater lovers and moviegoers may be familiar with for his play “Driving Miss Daisy,” another Southern epic drawn from the writer’s experience (Uhry’s uncle owned the pencil factory where Frank worked); and Brown’s lush and emotionally driven score with its nod to Southern musical influences, from roots country music, to blues and gospel.

On the bare stage with the building’s exposed brick visible, set designer Matthew Keenan places an abstracted tree fashioned from 2 x 4s at the center, an ominous reminder of what’s to come, but also a subtle suggestion of the rootedness of the folk that populate this town in the old red hills of Georgia.

At a moment when bomb threats at Jewish community centers have become commonplace and anti-immigrant, -black and -Muslim statements are put forth by our government leaders, “Parade” is chillingly instructive of what can result from hatred. It is a must-see, alas, for those who most likely will ignore this artistic rendering of our nation’s bitter history of prejudice.