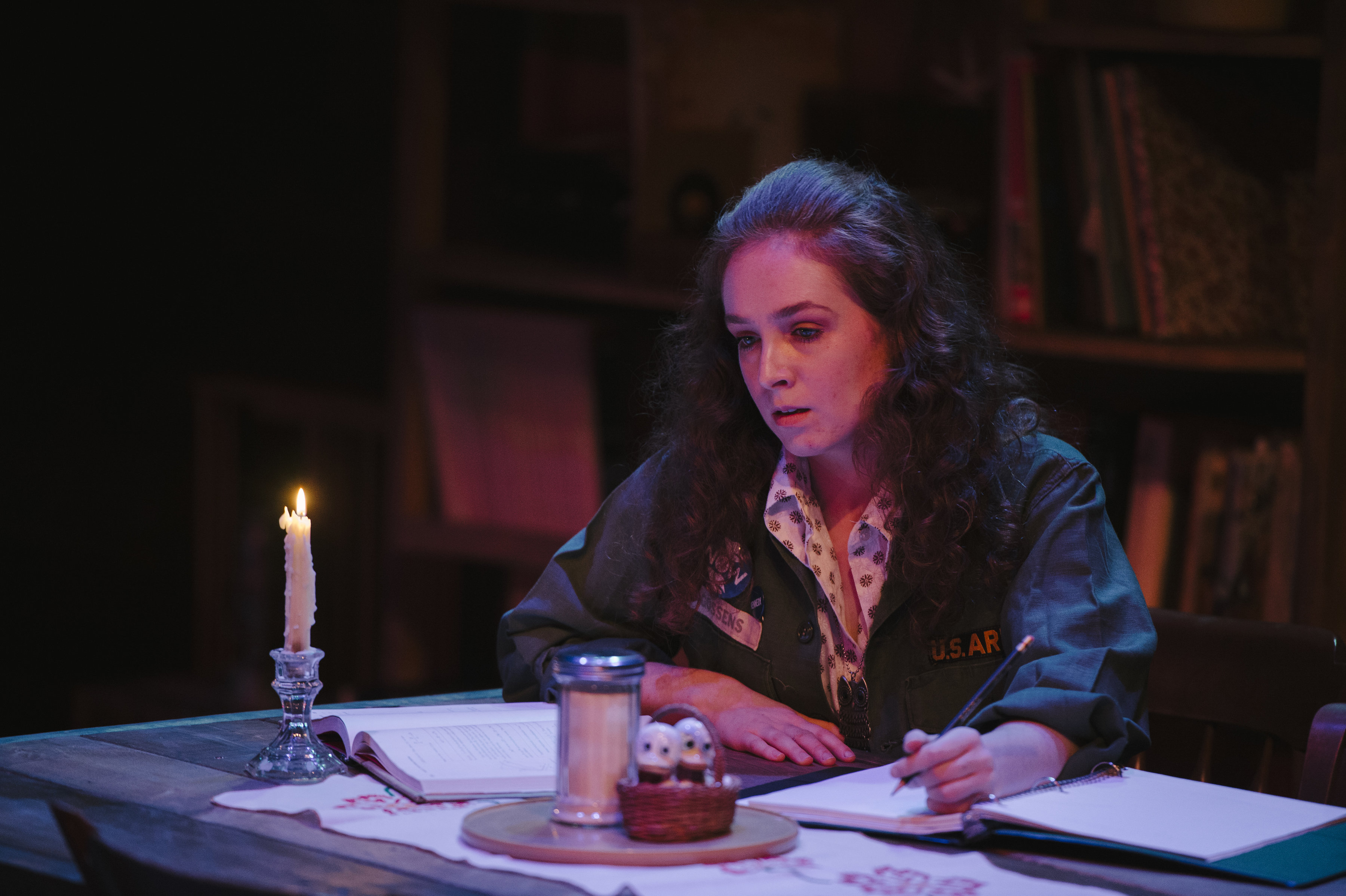 DC Metro Theatre Arts: When We Were Young and Unafraid

In 1972, there was no Roe v. Wade or Violence Against Women Act. Battered women had little legal recourse, and many found shelter—if they were lucky—in safe houses run by good Samaritans. House of Cards writer Sarah Treem’s When We Were Young and Unafraid is a searing drama about a woman who runs such a safe house. Director Marie Byrd Sproul’s production at The Keegan Theatre unflinchingly confronts these issues, telling the story of victims who aren’t perfect, caretakers who have their own past, and abusers who didn’t spring from their mother’s womb as monsters.

Director Marie Byrd Sproul has done a masterful job of telling this story for women and about women.

Lighting Designer Katie McCreary brings the rustic, homey kitchen to life with her use of warm colors. When characters interact at night, they often use candles rather than harsh overhead lighting. Sound designer Jordana Abrenica bridges the scenic transitions with a mixture of atmospheric music and dark underscoring, as well as the occasional cover of Beatles songs by female singers. Costume designer Liz Gossens does a particularly good job of using clothes to tell the story of each character: from the straight-laced, pants-wearing Agnes, to the freer, more butch Hannah, to the traditionalist and man-pleaser Mary Anne.